The Kremlin believes Maduro is the legitimate President of Venezuela

MOSCOW, January 24. /TASS/. Russia considers illegal attempt of usurpation of power by the opposition in Venezuela and warns third countries from interfering in the Affairs of the Republic. The legitimate head of Venezuela Moscow recognizes Nicolas Maduro, said the press Secretary of the President Dmitry Peskov. 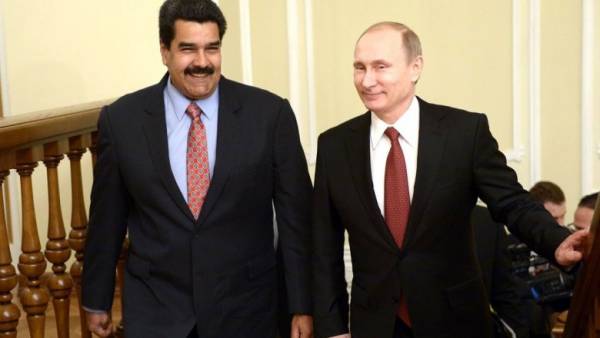 According to him, this is the basis of the position of the Russian Federation, a more detailed statement on this issue was made by the foreign Ministry of Russia.

As said Peskov, Moscow is “closely” monitors the developments in Venezuela and is highly concerned about the evolving situation. “In particular we are concerned by statements that do not exclude any outside intervention, interference of third countries in the development of events, in the internal Affairs of Venezuela. We consider such interference is unacceptable and can have very negative consequences, and the words on the measures of some of the power of influence is extremely dangerous,” — said the representative of the Kremlin.

“Mr. Maduro is the legitimate head of state of Venezuela,” — said Peskov, calling irrelevant the question of whether Moscow is ready to grant political asylum to Maduro, if he asks for one.

The representative of the Kremlin did not answer the question of how predicted in the Kremlin like the situation in Venezuela, saying only that “it is not the subject of forecasting activities of Moscow, is an internal affair of Venezuela”.

Answering the question, how does Moscow assess the potential of bilateral cooperation, press Secretary of the President of the Russian Federation noted that, in this country, working and expanding their presence a number of Russian companies, carried out trade, economic and investment cooperation. Overall, according to Peskov, Venezuela is an important trade and economic partner of Russia. He recalled that last December, Maduro visited Russia and he has held talks with Russian President Vladimir Putin, during which “happened “reconciliation of hours” across a range of areas” of cooperation between the two countries. “So, of course, we are interested in maintaining and improving our good relations with Venezuela,” concluded Sands.

Venezuela has not yet applied for help to Russia, said Dmitry Peskov.