The former Prime Minister of Ukraine, leader of party “Batkivshina” Yulia Tymoshenko joined the flash mob with the utilities receipts and compared two bills for heating with a difference of 10 years on his page in Facebook. 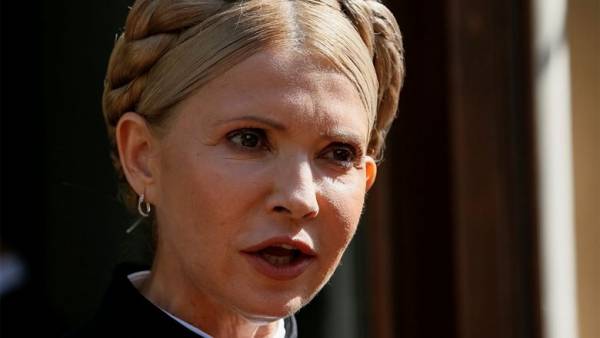 Bills for utilities in January 2009 and January 2019 for a one bedroom apartment Tymoshenko posted with a signature that heating has risen in price by 15 times, writes “RIA Novosti”.

In addition, it is proposed to close the eternal debate about how bad it was to live 10 years ago and as well was now, noting that not gloating over the situation, but just gives the facts.

On 17 January it became known that inhabitants of Ukraine expects a sharp jump in gas prices, the cost of thousand cubic meters from January 1, 2020 will amount to 12 thousand hryvnia. This was stated by the Deputy of the Verkhovna Rada Oleksandr Dolzhenkov, speaking at a meeting of the Parliament.

On 9 January the international monetary Fund published a Memorandum of economic and financial policy of Ukraine. According to the document, in may the Ukrainian authorities once again raise gas prices for the population, and by 2020 the cost will be equal to the market.

The increase in tariffs is one of the main conditions for the IMF to issue new tranches of Kiev. The experts noted that during the time of cooperation with IMF Ukraine’s foreign debt grew by $13 billion.