MOSCOW, 17 Dec — RIA Novosti. The Ministry of foreign Affairs of Japan expressed protest to Moscow due to the fact that the Russian border guards fined the Japanese ships fishing near the island of Kunashir in the southern Kurils. About it RIA Novosti said the Japanese foreign Ministry. 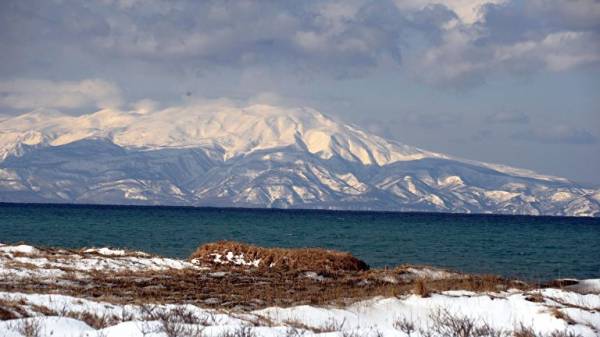 In particular, in Tokyo claim that the January 7, employees of the Russian border guards stopped Japanese fishing trawler “Casamara-18”. The guards revealed violations, then escorted the trawler to the port on Kunashir, and then, after clarification, was released.

Tokyo has called the actions unacceptable. While in the Japanese foreign Ministry referring to its position as on the four disputed Islands, and the Agreement on fisheries off the southern Kuril Islands from 21 February 1998, according to which Japanese vessels may fish in the area for a fee according to the allocated quota.

The question of a peace Treaty

Relations between Moscow and Tokyo overshadows the absence of a peace Treaty, which countries have not signed up to the Second world war.

Japan considers the South Kurile Islands — the Islands of Kunashir, Shikotan, Iturup and Habomai ridge — its territory, referring to bilateral treatise on trade and borders of 1855. Moscow’s position is that the Islands became part of the Soviet Union at the end of the Second world war and the Russian sovereignty over them is unquestionable.

In 1956, Moscow and Tokyo signed a Joint Declaration that talked about a possible transfer to Japan the Habomai Islands and Shikotan, and the fate of Kunashir and Iturup are not affected. The USSR hoped that this document will put an end to the dispute, Japan believed it a part of the solution and has not renounced claims to all the Islands. Subsequent negotiations came to nothing lead, a peace Treaty was never signed.

Alexei Venediktov, Putin Treaty with Japan, wants to put an end of the Second world war

In September last year at the Eastern economic forum the President of Russia Vladimir Putin unexpectedly proposed to the Japanese Prime Minister Shinzo Abe to conclude a peace Treaty without any preconditions. From this point, the negotiation process gained new momentum.

In November the leaders of the two countries met in Singapore and agreed to accelerate the negotiation process on the basis of the 1956 Declaration, and in December in Buenos Aires have reached agreement on the establishment of a new mechanism for negotiations.