MOSCOW, 17 Dec — RIA Novosti. No substance in the claims of the United States to Russia under the Treaty on intermediate-range and shorter-range no, Washington continues to give partners a fake, accusing Moscow of new breaches of the Treaty, said RIA Novosti Deputy foreign Minister Sergei Ryabkov. 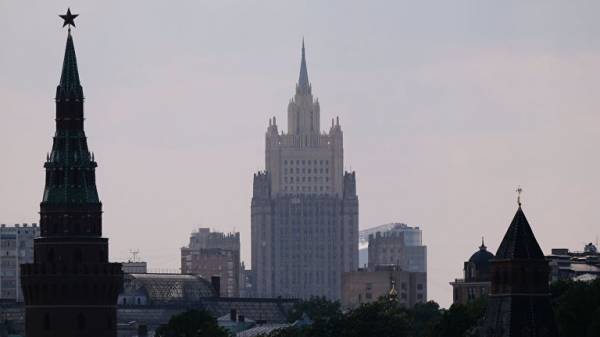 “All we hear is nothing more than a propaganda destructive framing lines of the United States, nothing more than an attempt to cover sweet frosting empty position that does not contain substantive work with us. It’s all skarmlivanii colleagues in NATO as the ultimate truth,” said Ryabkov, commenting on sounded on the eve of new applications U.S. INF Treaty and claims to Russia on non-compliance of the agreement.

According to Ryabkov, the Russian side consistently exposes these practices and approaches of Washington.

We will continue to emphasize that this sugar glaze, powder nothing: no test content substance at all. It’s all fake.

“It’s the illusionists in politics of arms control, who are trying to mislead the allies and the international community as a whole”, — noted the Deputy foreign Minister.