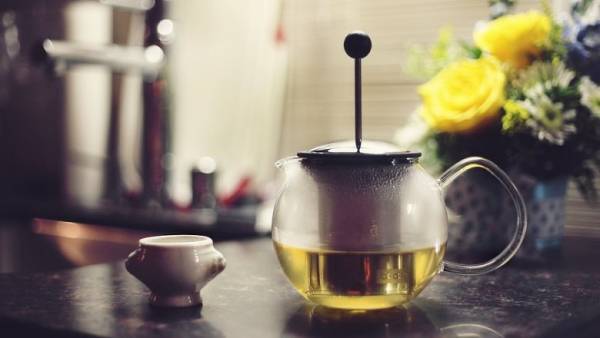 The American researchers checked the flavor and health properties of black and green tea brewed in water from the tap, and bottled deionized water. They found that the most useful green tea makes it bottled water: this beverage is more antioxidants catechins. This also makes the tea more bitter, reported in an article published in the journal Nutrients. 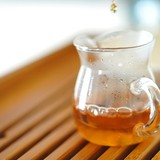 Different types of tea require different methods of welding: it applies to water temperature, quantity of tea leaves and the time of infusion. For example, green tea is better brewed at a temperature of about 90 degrees Celsius and hold it for a couple of minutes less than black tea. The taste of the drink may also depend on the composition of the water used for brewing — and just as it may affect its beneficial properties.

To check how useful and taste properties of black and green tea depends on water, which is used for welding, decided scientists from Cornell University under the guidance of Melanie Franks (Franks Melanie). For the experiment used three types of water: water from the tap in Ithaca (new York), bottled water and deionized water. Before the study each measured the water levels of calcium, magnesium, iron, sodium, copper and chlorine.

Then in each water brewed green and black tea: for the purity of the experiment, the researchers used the same temperature, the ratio of tea to water volume, it is the same kettles and brewing time.

The resulting drinks were compared on color, turbidity and content of EGCG — catechin (flavonoid, which in large quantities contained in herbal teas and has the properties of antioxidants), and the gustatory qualities are appreciated by giving to try every drink hundreds of volunteers.

Tea brewed in water from the tap, was darker than tea brewed in the other two types of water. As for taste of the drink, for black tea, they are not very different depending on the use of water. The effect was, however, notable for green tea: the participants considered the drink made with water from the tap, tastes better and sweeter (p < 0.001) and less bitter. The most bitter, the participants considered green tea brewed in bottled water.

The content of EGCG in green tea, brewed in bottled water was two times more than water from the tap. Catechins not only play the role of antioxidants, but also give the tea a bitter taste: it means that more useful is a more bitter green tea, brewed in bottled water. In order to obtain a more pleasant taste to the drink, it can be done with water from the tap however, it is worth considering that the mineral composition of the water in a certain region may differ from what was used in the experiment.