MOSCOW, 16 Jan — RIA Novosti. The woman gave birth to a daughter during a visit to men’s colony, deliveries made, including employees of IR, which are now “are in a small stress,” according to the website of the Federal penitentiary service of Russia in Novgorod region. 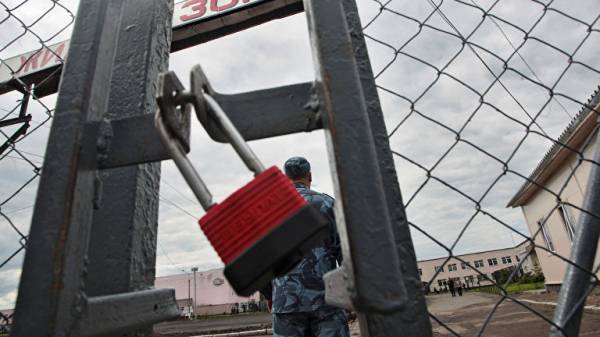 “The fifteenth of January at 22.30 in the IR-7 from women born in 1995, which was on a long date with a convicted husband, the baby’s coming, even though it was 7-8 months pregnant,” — said in the message.

It is noted that the on duty staff IK immediately called an ambulance.

In the house is a thief

“The operative person on duty Alexander Emelyanenko and responsible for the establishment from the leadership of Oleg Rodin assisted the woman until the arrival of the ambulance, and then helped doctors to take birth in such unusual conditions. Direct participation in childbirth will of fate had to take the father of the baby. As a result, the woman safely gave birth to a girl weighing about 2 kg and a growth of 43 centimeters,” — said in the message.

It is reported that the woman and the child was taken in one of maternity homes of Veliky Novgorod. It is emphasized that the paramedics “said the competent actions, quick response and courage of the staff of IR-7”.

“According to Alexander Emelyanenko and Oleg homeland, even though they are fathers, with this situation they had to encounter for the first time in my life. Men are in a little stress after a hard night shift, but very glad that all ended well”, — added in the message.