MOSCOW, January 15 — RIA Novosti. The official representative of Russian foreign Ministry Maria Zakharova, the TV channel “Russia—1” has commented on the threat by US Ambassador Richard Grennel to impose sanctions against German companies that are involved in the project of the pipeline “Nord stream — 2”, calling the actions of the diplomat part of the program to curb Russia. 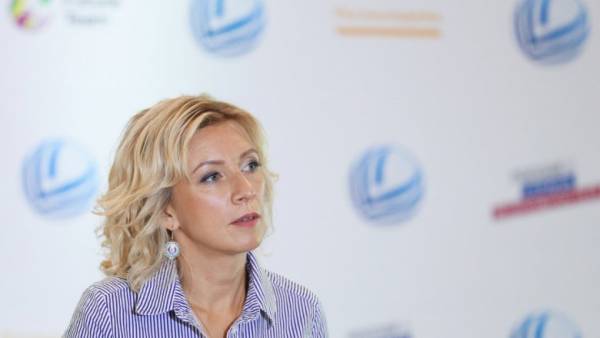 Earlier in mass media appeared information that Grendel has sent letters to several German companies and hinted at the possibility of imposing sanctions from the United States because of the support construction of the pipeline. The representative of the Ambassador explained that this should be seen not as a threat but as a “clear expression of U.S. policy”.

It’s part of a larger program. There is a long-term program on global containment of our country, which is historically realized. And there is a short part of it. Of course, this is unacceptable. Of course, it is not the responsibility of the Ambassador, to put it mildly. But by and large, contradicted them.The Position Of Germany

The official representative of the German foreign Ministry Maria Adebahr, commenting on the information media about the letters of the American Ambassador, had previously stated that Germany and the United States take different positions on the project “Nord stream-2”.

“We are in close exchange with US, with our colleagues in Washington … On the subject of “North stream-2″ we occupy a different position, this is not new, it is known,” said Adebar.

German Chancellor Angela Merkel for its part has repeatedly said that Berlin considers the project “Northern stream-2” commercial, however, it linked its implementation with the preservation of Russian gas transit through Ukraine.

Foreign Minister of Germany Heiko Maas has also urged the United States not to interfere in the issues of European energy policy.

He reminded that “Nord stream — 2” is not exclusively a Russian-German project, and has pan-European significance.

The Minister said that Berlin takes seriously the skepticism of partners from Central and Eastern Europe in relation to the project.

He also warned his American colleague Mike Pompeo that the introduction of unilateral sanctions against the “Nord stream — 2” is not the right way.