Commentator said that he has a plan for the further investigation of the crime. 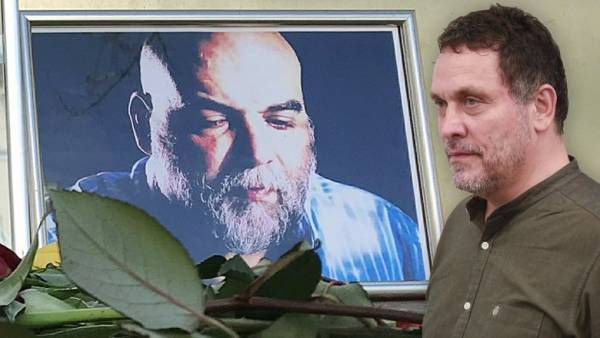 The journalist and the Deputy of legislative Assembly of Vladimir region Maxim Shevchenko said the Daily Storm that knows how to lead a murder investigation of war correspondents Orhan Jemal, Alexander Rastorguev and Kirill Radchenko in the Central African Republic (CAR). Shevchenko replied in the affirmative to the question, does he have a plan to establish the truth about the killers. However, he still thinks that it is pointless to go to the country whose President, in his words, “receives a salary from the hands of Eugene Prigogine”. Shevchenko did not completely exclude the possibility of his trip to Africa, for example, to complete a film about Russian private military companies who shot the journalists killed.

“I have a plan, but I, of course, its contents will not tell. The main thing — to create a community of people, those who would like to seek justice. We are talking about tens of people in different parts of the world. All to kill and intimidate will not work. I hope that together we will achieve [her]”, — told Shevchenko. — It is about finding the truth and punishing criminals. We intend to achieve this in different ways and different activities.”

I do not see sense to go on an investigation in the Central African Republic. Because there is nothing to investigate. In this country the President is the person who receives a salary from [the Russian businessman Yevgeny] Prigogine.Maxim Sevencorners

However, Shevchenko is not fully exclude that will go in the CAR. “This trip should be prepared and make sense. Perhaps we ones there the movie that made guys. In this context, I will not take money from Khodorkovsky.”

Jamal, Rastorguev and Radchenko in the summer of 2018 filmed in CAR footage for his film about Russian private military companies (PMCs) in Africa, on suspicion of involvement in this work is close to Prigogine structure. The trip was fully funded by Mikhail Khodorkovsky in the “control Center investigations” (sdgs). In August 2018, Khodorkovsky said the closure and cessation of funding of the organization after the murder.

militants from the Central African Republic trade in oil and diamonds

“I belong to Mikhail Borisovich Khodorkovsky sincerely, — said Maxim Shevchenko. — Probably, all this [the trip of the journalists in the Central African Republic] was poorly organized. But in my opinion, organized everything was normal, as is done very often with freelancers all over the world. I myself have went on such visits”.

January 10 in the center of the “Dossier” created by Khodorkovsky after the abolition of the LRC, said that they have proof, lets talk about custom-made nature of murder of journalists in the Central African Republic. According to “Dossier”, the liquidation of war correspondents are the people that are close to Prigogine. On January 14 in an interview with the Daily Storm Shevchenko said that the Russian authorities should be questioning of Khodorkovsky and Prigogine. “I understand that Mikhail Borisovich Khodorkovsky had no objection to being questioned, and he has something to tell”, — said the interlocutor Daily Storm.