BELGRADE, January 12 — RIA Novosti. Republic of Northern Macedonia will soon become a member of NATO and then the EU, said on Saturday following the adoption by the Macedonian Parliament deputies renaming of the country by Treaty with Greece Prime Minister Zoran Zaev. 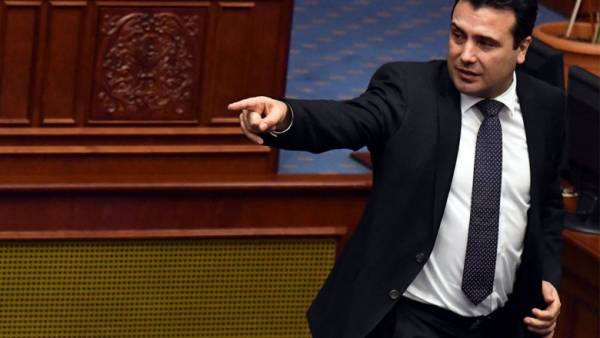 Members of the ruling coalition around the Social democratic Union of Macedonia (SDSM) zaeva, joined by representatives of other parties by a majority of 81 votes out of 120, approved on Friday amendments to the Constitution to rename the Treaty with Greece in the Republic of North Macedonia for membership in NATO and the EU.

“The deputies of the Assembly (Parliament) of the Republic of Macedonia, following the will and strategic interests of citizens, by a majority of 2/3 of the votes gave us the opportunity to enter the open doors of the largest unions in the Western world,” the Prime Minister said in the Saturday address. The broadcast led to the press service of the Cabinet.

“You know how it was hard to do. Share and understand the disappointment, but also the pride of each of the vast majority of citizens for the decision to take this step in the future of our country and our people”, — said the head of government.