Trump made a mistake in the word forest (the forest). Now it is called Forrest trump

The US President made a Twitter mistake, writing the word forest (forest) c r two letters instead of one. In social networks have not missed the opportunity to make fun of the President. 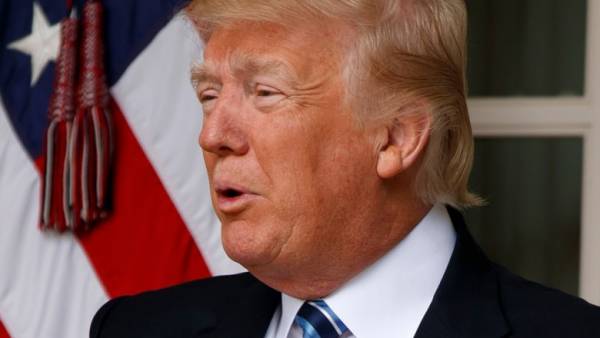 After his address to the nation from the Oval office of the White house, U.S. President Donald trump wrote a tweet expressing its dissatisfaction with the inefficiency of the authorities in the fight against forest fires in California. The head of state wrote that ordered to cease to provide the region with financial assistance in this area.

“Billions of dollars are headed to California for the [fight] forest fires that with proper forest management would never have happened. Until then, until they bring their laws in order, which is unlikely, I ordered the Federal emergency management Agency not to allocate money. It is a shameful situation in terms of lives and money!” — wrote trump.

However, the President made a spelling error message. The word forest (“forest”) he wrote with two r — forrest.

In the end, instead of a noun was a male name Forrest, known from the movie “Forrest Gump.”

Although the error was soon fixed, Twitter users managed to make a few memes and photojob about the US President and Tom Hanks ‘ character in the cult film. So, Donald trump “turned into” Forrest trump.

“Only you can stop the fire”

Only you can prevent Forrest fires pic.twitter.com/bUyqklfd45

“Forrest Fire — so named Gump in the movie for adults”

Oh, please let this be his name forever! #ForrestTrump ??

We will remind, in November of 2018 in California broke out the strongest in the history of fires. Killing more than 80 people, destroyed about 14 million homes, 528 commercial buildings and over four thousand other buildings.