Moscow. January 9. INTERFAX.RU — foreign Ministry rebuked the Japanese side in the distortion of the essence of the agreements of the leaders of the two countries. 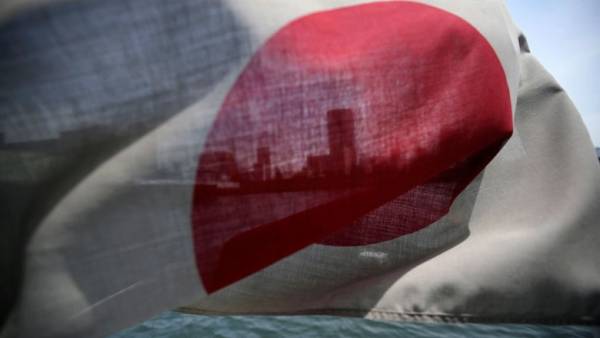 The Russian foreign Ministry accused the Japanese side gross distortion of the essence of the agreements between the leaders of Russia and Japan on the acceleration of the negotiation process on the issue of a peace Treaty and the attempts to artificially inflame the atmosphere around this issue.

January 9, the Ambassador of Japan in Russia Touchesa Kazuki was invited to the Russian foreign Ministry and Deputy foreign Minister Igor Morgulov told him that in Moscow drew attention to the statements made in the recent statements of the Japanese leadership on the issue of a peace Treaty with Russia, in particular, about the need “to achieve understanding” of the residents of the South Kuril Islands on the question of “the transfer of territorial belonging of the Islands to Japan”, and “the waiver of the requirement of payment of compensation by Russia” in favor of Japan and former Japanese residents for the “postwar occupation of the Islands.” In addition, declared that in 2019 there will come a “turning point” in the question of a peace Treaty.

“The head of the Japanese Embassy, it was stated that such statements grossly distort the essence of the agreements between the leaders of Russia and Japan on the acceleration of the negotiation process on the basis of the Joint Declaration of 1956, desorientiert community of the two countries on the content of the talks”, — stated in the message of the foreign Ministry.

Japan claims the four southern Islands of the Kuril ridge — Iturup, Kunashir, Shikotan and Habomai, referring to the Treatise on trade and borders of 1855. The position of Moscow consists that Southern Kuriles became part of the Soviet Union at the end of the Second world war and the Russian sovereignty over them, having international legal formalization, can not be questioned.

In accordance with the Soviet-Japanese Declaration of 1956, which terminated the state of war between the USSR and Japan, the Soviet Union agreed to transfer to Japan the Shikotan and Habomai ridge, but only after the conclusion of a peace Treaty between the two countries, which is still there.

As reported, in late November last year, the Sakhalin regional Duma appealed to the Russian foreign Ministry with a request to exclude the territorial issue from the negotiations on a peace Treaty between Russia and Japan. Later, in December in Yuzhno-Sakhalinsk held a rally against the transfer of the South Kuril Islands of Japan.