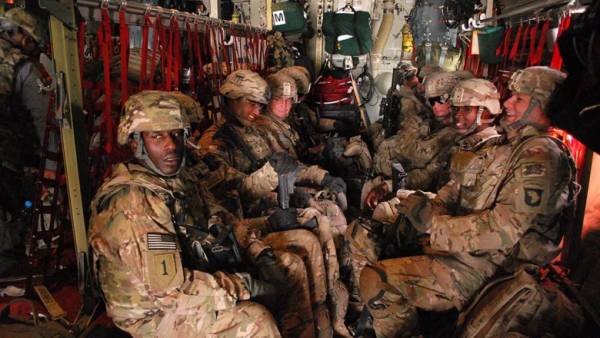 The US does not intend to deploy troops on the Islands of the southern Kuriles in the event of their transfer to Japan. This was stated Wednesday at a press conference in Tokyo the commander of US forces in Japan, Lieutenant General Jerry Martinez.

“At this stage, — he said — the US has no plans to place troops there”.

January 1, Prime Minister Shinzo Abe in a televised interview, said that deployed the country’s armed forces of the United States is extremely important for peace and security in the far East. According to him, they are not hostile to Russia. Abe was informed that stated this position at the talks with Russian President Vladimir Putin.

The Russian side had previously stated that the theme of the allied obligations to Tokyo important in the context of discussing a peace Treaty between Moscow and Tokyo. As reported by Japanese media, Abe during talks with Putin assured that in case of a possible transfer to Japan of the southern Kuril Islands will not be there located US military bases.

At a meeting in Singapore on 14 November, the two leaders agreed to intensify Russian-Japanese talks on peace Treaty based on the Joint Declaration of 19 October 1956. It was terminated the state of war between the two countries restored diplomatic and consular relations. In the ninth article of the Declaration, the Soviet government agreed to transfer to Japan of Shikotan island and several adjacent small uninhabited Islands on the condition that their actual transfer under the control of Tokyo will be made after the conclusion of a peace Treaty. The Declaration was ratified by the parliaments of both States on 8 December 1956.