The Russian foreign Ministry said about the lack of Russians on the ship, which sank off the coast of Turkey

On a cargo ship that sank near the Turkish town of Samsun in the Black sea, the Russians were not. TASS told the press attache of the Russian Embassy in Turkey Irina Kasimova. 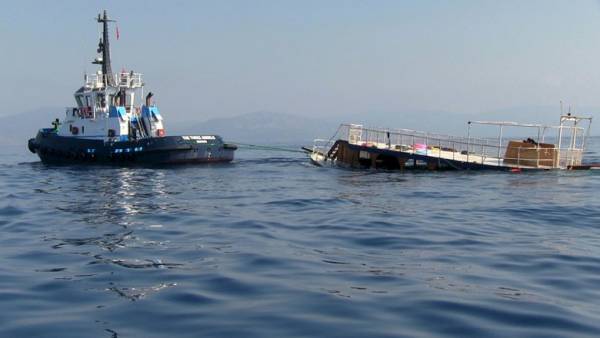 “Held in the media earlier information about the two Russians on Board was not confirmed”, — she specified. According to her, the ship had 13 crew members, including 11 citizens of Ukraine and two citizens of Azerbaijan.

In turn, Ukraine’s Ambassador to Turkey Andrey Sibiga reported the death of four Ukrainians in the crash of the ship. “The coast guard promptly took appropriate action. Sorry, could not save four of our countrymen. The remaining 7 crew members taken to different hospitals in the city of Samsun,” wrote the Ambassador on Twitter. According to him, the victims visited the Governor of Samsun province. To the victims left the Consul. Sabiha expressed his condolences to the relatives and friends of the dead sailors.

Earlier the news Agency “Anadolu” reported that on Board the sunken ship were two Russians. Of the 13 crew members managed to escape to the seven, six died. Ship “Volga-Balt” transporting coal under the Panamanian flag. About the reasons of wreck of the vessel was not reported.