Putin on Christmas eve, visited patients at the children’s hospice in St. Petersburg

St. PETERSBURG, 6 Jan — RIA Novosti. The President of Russia Vladimir Putin arrived to the children’s hospice in the Nevsky district of St. Petersburg. 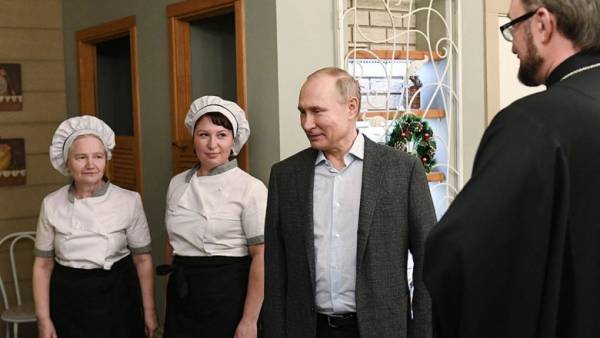 Registered at the hospice more than 250 children, including 23 children around the clock are in the hospital. Moreover, visiting nurse service palliative care to children accompanied by hospice patients at home. The primary activity of the hospice is to help the children living in St. Petersburg, ranging in age from three months to 18 years.