A strong explosion occurred in the Chilean capital

A strong explosion occurred on 4 January in the Chilean capital Santiago, the bomb was planted at a bus stop, injuring five people. 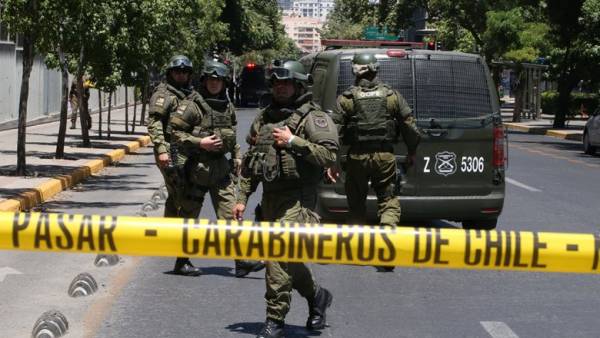 After explosion to the place of incident there arrived emergency vehicles, emergency work doctors and police.

On the Twitter page of the portal 24horas published pictures of the incident, they see the pillar of flame and smoke-filled territory. Police have cordoned off the scene of an emergency within a radius of 150 meters.

At the end of December, an explosion thundered near the Giza pyramids on the route of the tourist bus with 14 Vietnamese tourists. According to Egyptian police, triggered a homemade bomb planted near the road. Four people were killed.