MOE has completed the search and rescue operation in Magnitogorsk

MAGNITOGORSK, January 3 — RIA Novosti. Under the rubble of collapsed entrance of a house in Magnitogorsk more people there, said the first Deputy head of the Ministry of emergency situations Alexander Chupriyan. 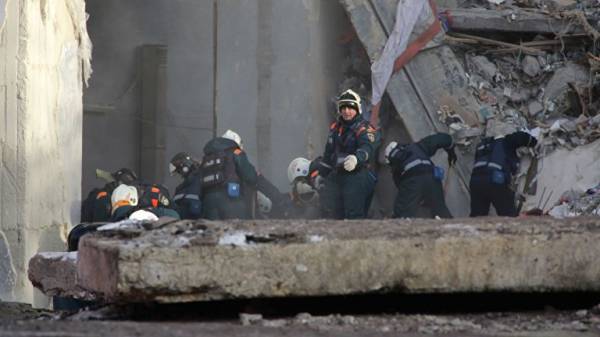 “Today we learned the last, 39th body, ensure that the building people do not. MOE completes rescue operation”, — he said, adding that 38 identified bodies.

Chupriyan added that identified the bodies of six children, 12 men and 20 women. Need to identify another woman.

On the last day of 2018 in Magnitogorsk in the domestic gas explosion collapsed the entrance of the ten-storied house. There were 120 people.

The day after the tragedy in debris was found alive ten months old boy. The Ministry of health the child’s condition is assessed as “stable with some improvements”. It is noted normalization of laboratory parameters.

“The night the baby had a quiet”, — stated in the message Department.

Trapped under the rubble of a child saved by the fact that he was in the crib and was warmly wrapped. In serious condition Tuesday night he was evacuated by plane to Moscow. He was diagnosed with severe hypothermia and closed cherepno-a brain trauma.