MEXICO city, 1 Jan — RIA Novosti. Air Bolsonaro, won the elections of the President of Brazil in October of last year, on Tuesday officially assumed the position of head of state. 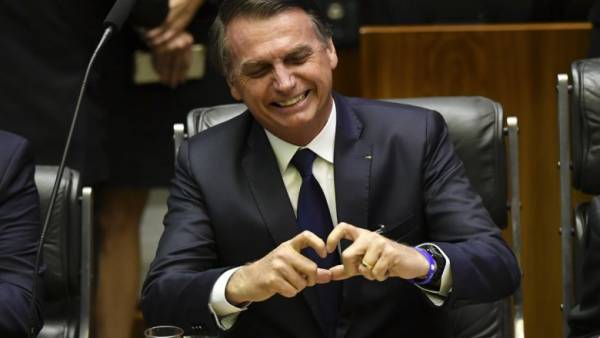 As the channel of the chamber of deputies of the National Congress of the country, Bolsonaro was sworn in at a special session of the lower house of Parliament.

In the Congress Bolsonaro arrived in an open car with his wife and accompanied by a large entourage. In the area of ministries in Brasilia taken enhanced security measures for the ceremony.