Sheer frustration: what happened with the mental health of Russians

According to statistics, the number of patients decreases, psychiatrists believe that grows. 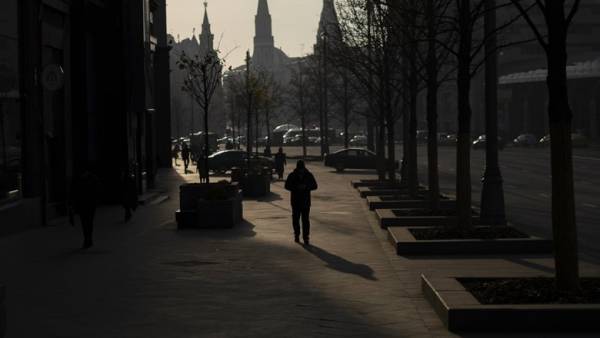 The number of registered mental disorders in Russia, according to Rosstat, decreased. Reduced in comparison with 1990-mi for years the number of suicides. But is it all good really? Chief psychiatrist of Moscow George Kostiuk leads a much less optimistic data: if in 1992 on 100 thousand population accounted for 370 persons with disabilities by mental disorders, but now they are almost two times more. What is actually happening with the mental health of Russians — understood “news”.

A long way to the psychiatrist

According to Rosstat, in the period from 2005 to 2016, the number of first-time patients taken under observation with a mental disorder decreased. However, according to George Kostiuk, this means only by reducing the incidence of the disease. The accuracy of these data is in doubt, and doctor of medical Sciences, head of the Department of psychiatry and medical psychology, Russian national research medical University named after N. I. Pirogov Andrey Shmilovich. “According to my tentative view, the prevalence of all possible psychopathology in our country can vary from 20 to 25%, that is every fourth or fifth man” — he said at the round table “News”.

Understatement of the statistics caused by the fact that many patients do not seek help. The reasons are different — for example, not everyone is aware of the origin of his illness. Before you get to a psychiatrist, people usually walk around a lot of doctors. 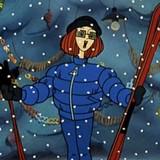 How to survive the winter: advice that will work

“Take the same depression. People for a long time feels bad, decreased mood, he is constantly experiencing weakness, fatigue, any common thing at work or at home is given to him with difficulty. He explains the state of fatigue, stress, thinking what need to relax and a little patience. But nothing helps, health continues to deteriorate, there are alarming thoughts about serious disease, as a rule, disturbed night sleep. Against this background, decreased appetite, a person begins to lose weight. People are beginning to turn to different doctors, look for information on your state on the Internet. Find it like a manifestation of, for example, Oncology. The person begins to convince himself, makes it expensive for the survey. The doctors did not detect, and the person thinks that the expert is hiding something. It takes a long time before he gets to the psychiatrist and treatment begins,” explains Vyacheslav Ryakhovsky, Deputy head doctor of FSBI “Scientific center of mental health,” psychiatrist of the highest category.

Sometimes such delay in diagnosis can lead to serious consequences, including disability. For example, if we are talking about schizophrenia. In 2016 in Moscow conducted a study of cases of registration of this disease. The average age of those who put a primary diagnosis was 37 years. Given that usually develop schizophrenia young people aged 18 to 25 years, it turns out that most of them have lived with this problem for at least 10 years without receiving professional help. A psychiatrist some of them came with a certain disability group.

Apart from the fact that the disease is not always easy to identify, some deliberately hide their diagnosis. 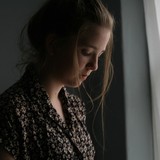 Named a way to raise the mood in 8 minutes

“First, the problem is the stigma of psychiatry. People are afraid to be in the field of view of a psychiatrist, despite the fact that they really will help. In the understanding of many is the mark. And secondly, this fear of losing a job, problems with the execution of the driving license, says Ryakhovsky. — I usually mention this example. Imagine that you are driving. Accident, you are not to blame, broke the rules of another car. It turns out that the culprit is taking psychotropic drugs that slow down the reaction. They advised him in private. On the one hand, the driver knew that he needed help and asked for it, but on the other hand was hiding a mental disorder, took drugs and continued to drive. You are certainly going to blame him, it endangers people. But being in such a situation, would have done the same? I think I did.”

Candidate of psychological Sciences, associate Professor, Financial University under the Government of the Russian Federation Vitaly Pichugin believes that the increase in the number of patients largely due to the fact that mental health problems of the people remain on their conscience:

In our country there is no involuntary placement of a patient in a psychiatric hospital. If the patient himself is not aware of the need to be treated, no one to enforce it, if the disease does not threaten others or the patient.

The presence of threats are often fixed only after the fact. Suffice it to recall the story of the collapse of a residential building in Izhevsk. Alexander Kopytova, who organized the explosion, the examination revealed mental illness.

According to the Kopytova, he heard voices that led him to commit a crime.

With the problem the man asked to the neurologist, and he advised him to go to a psychiatrist. But before that, it did not come to take his medication and placed in a psychiatric hospital only allowed a court order.

Sometimes there are problems with people, a diagnosis that has already been confirmed.

In my practice there was a case when a guy a few months was in a mental hospital, and after he was discharged, he started beating his parents. Those called to the hospital, but didn’t take it. After some time he committed a particularly serious crime, and only then it was taken away again for treatment.Andrew Volkovrussian detective Agency “Volkov and Partners”World depression

Often do not reach psychiatrists and people with the most common today diagnosis of anxiety-depressive disorder. Some fear the meeting with unskilled specialists and others do not understand, why bother to seek help if the situation is not critical. In the eyes of many Russians, this disease does not exist.