TEL AVIV, November 29 — RIA Novosti. Israeli scientists have deciphered found half a century ago, the ring name of Pontius Pilate — the Roman Governor of Judea, which, according to the gospel, judged Jesus Christ and sentenced him to crucifixion, writes academic journal of the Society for the study of Israel. 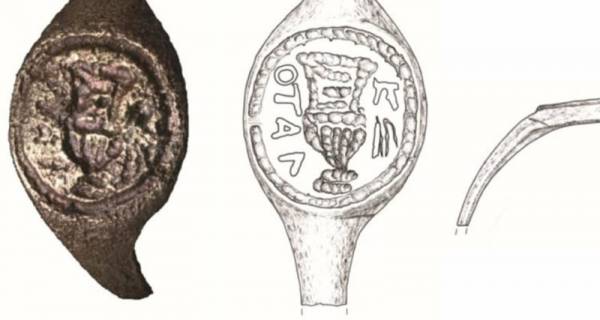 The researchers suggest that the ring, made of copper alloy and Dating from the first century BC — mid first century ad, could belong either to Pilate, or to the official in his administration.

“The ring shows a crater (ancient wine vessel) in the frame of inscription in Greek which says “Pilate”… This ring could have belonged to Pontius Pilate the prefect of the Roman province of Judea, or a member of his administration, Jew or Gentile,” reads the abstract to the article.

The ring could be used as a Governor in print quality and may be a sign of belonging to the Roman estate of horsemen. It found, among many other artifacts during the second half of 1960-ies, when excavations of the Herodion — the Palace complex, which was built by the Jewish king Herod between Jerusalem and Bethlehem.

“I don’t know any other Pilate from that era, and the ring indicates that he was a man of high position”, — quotes the newspaper “Haaretz” Professor Danny Schwartz.

The inscription was discovered much later, after thoroughly cleaning the rings and photographing in special modes. Scientists have known another artifact of the same period with the name of Pilate, a stone slab that was found in the seaside city of Caesarea and is now kept in the Israel Museum in Jerusalem.