France and Germany refused to punish Russia with sanctions

France and Germany oppose sanctions against Russia because of the incident in the Kerch Strait. It is reported N-TV.DE citing European diplomatic sources. 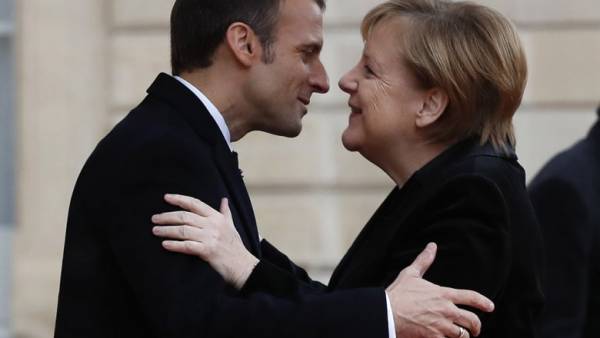 At a secret meeting of the Committee on politics and security in Brussels of the country has ruled out the introduction of new restrictive measures. Instead, it is proposed “to continue diplomatic efforts”. France and Germany also expect to involve the Organization for security and cooperation in Europe (OSCE).

Prior to that, the German newspaper Die Welt reported that Austria, which is chairing the EU Council, does not exclude the imposition of additional restrictive measures against Moscow. “It all depends on how Russia and Ukraine will present the facts and how Moscow and Kiev will continue to behave”, said the Austrian foreign Minister Karin Kneissl.

Poroshenko told about the unsuccessful attempt to talk with Putin

Earlier on 28 November, the President of the United States Donald trump said that his meeting with Russian leader Vladimir Putin may be cancelled due to the events in the sea of Azov.

On November 27 the Federal security service of Russia published a comprehensive chronology of events in the Kerch Strait.

On 25 November in the territorial waters of the Crimea near the Kerch Strait border patrol of the FSB of Russia detained three ships of the Ukrainian Navy. Moscow claims a violation of Ukrainian sailors of the Russian state border. Kiev has described the situation as an act of military aggression and imposed martial law in several regions of the country for 30 days. Ukraine does not recognize the affiliation with Russia Crimean Peninsula and sea territory around it.