WASHINGTON, November 27. /TASS/ — the US President will also hold meetings with the leaders of Argentina and China, the Prime Minister of Japan and the Chancellor of Germany. 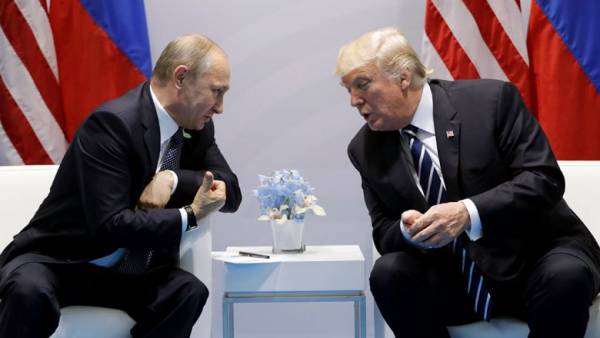 The President of the United States Donald trump is planning to hold a bilateral meeting with Russian leader Vladimir Putin on the sidelines of the G20 summit in Argentina. This statement was made by press Secretary of the White house Sarah Sanders on Tuesday during a briefing for journalists.

“The President will hold bilateral meetings with the President of Argentina, President of Russia, Prime Minister of Japan, Chancellor of Germany, as well as a working lunch with the leader of China,” she said.

The meeting of the presidents of the USA and Russia on the sidelines of the summit in Argentina will be the development of discussions in Helsinki, the leaders will discuss all issues between the two countries, including issues of arms control, said trump’s assistant for national security John Bolton during a press briefing.

All questions in the field of security, arms control, regional issues including the middle East. I think we are talking about the whole agenda. This is the continuation of [their trump and Putin’s] discussions in Helsinki.

On Monday, the press-Secretary of Russian leader Dmitry Peskov said that the plan of bilateral contacts of the Russian President Vladimir Putin at the G20 summit in Argentina, including US President Donald trump, in General, is composed.

The summit is scheduled for November 29 — December 1 in Buenos Aires.