Bangalore: as closed atomic city turned into a “megasale”

In the small town of Novouralsk in the Sverdlovsk region residents for three years fighting to shut down the chemical waste. First, they unexpectedly won. And then lost. All of this is happening behind a huge fence, not allowed into the city of strangers. 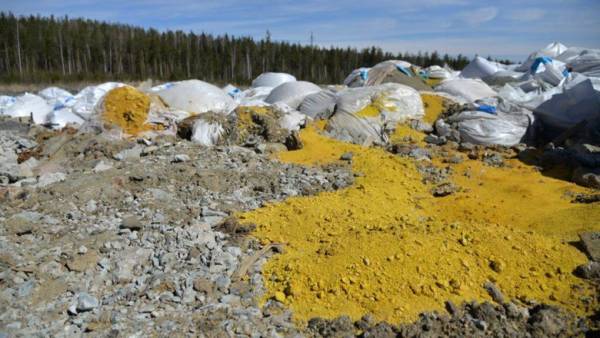 Novouralsk is one of the 40 closed cities of Russia. Here operates the world’s largest enterprise for uranium enrichment, “Ural electrochemical plant” of Rosatom.

The city with the population of 83 thousand people, surrounded by a high concrete fence topped with barbed wire. Over the past six years here has left more than 4 thousand people. To get into the city is possible only through checkpoints. Others allowed only after verification of the security service of “Rosatom” and the FSB.

Dissipated like home: a 93-year-old woman left to live in abandoned village

Near the entrance to the city is a cafe “GURME” on a few tables. Local meet here with those who were not allowed into the city. Among them and the correspondent of Russian service Bi-bi-si (the city administration found no basis for entry of the correspondent bi-Bi-si in Novouralsk).

On a weekday two visitors dining in silence watching the show about the Russian police. To the left of the cafe is the local market, they sell food, boots, brooms, and cheap consumer goods. Half of the stalls and pavilions are empty, almost no buyers.

The market is a railway station with a cafe for those who are in the city, and the store draught beer. There are daily hundreds of residents of Novouralsk on buses and trains traveling to Ekaterinburg for work, the trip takes roughly an hour and a half.

Still, the city has three landfill sites: a landfill, the point of the near-surface disposal of radioactive waste and the landfill, which for several years has brought the waste of the chemical industry of the Sverdlovsk region and other regions.

Three years ago, the city began the fight against the chemical waste dump.

And the story would not have gone beyond a high concrete fence, if not for one child and one 70-the summer pensioner.

The landfill and its alleged victims

14-year-old Serge (real name not disclosed) was born in Novouralsk, his mother Natalia (name changed at her request because of security reasons) works at the local library.

In the city to have some fun. Sergei went to the motocross track to ride a bike — in good and bad weather. He often had wet clothes and shoes that they are at home just dried, said Bi-bi-si Natalia.

But as it turned out later, the track is unacceptably close “to a deadly dump” as she calls Natalia. We are talking about chemical waste landfill which is operated by the company “Utilis”. According to the child’s mother, all this has led to the fact that Serezha fell ill.

Where are the “forgotten” German island (photos)

Officially on the range, LLC “Utilis”, which operates since 1992, it is possible to import wastes of the third and fourth classes of danger. But local residents believe that since 2012, the landfill waste imported higher — first and second classes of danger..

Local activists often linked to “Utilis” and UMMC Director General Andrei Kozitsyn. According to SPARK, a clear linkage between the companies..

The Director of “Utilise” is Andrey Ovchinnikov, which is not associated with other companies and the beneficiary companies were Alexei Skopin of the Kirov. The owners of the company are changed regularly, and since 2002 the company has changed three Directors.

“Utilis”, according to SPARK, a profitable company: in 2017, its net profit amounted to almost 73 million roubles, and revenues more than 169 million rubles.

He is the only resident of the city, which has the official diagnosis of chronic intoxication, and his blood was found heavy metals, she says. This story was confirmed by several of their friends.

Behind the wall of the Kremlin: how to live in the house-monument in Suzdal

In the spring of the boy’s health deteriorated. And Natalie began to show his doctors. For a fee tests done to confirm the diagnosis. In may it confirmed.

The story of the disease quickly spread through the city.

Someone cared about them. Someone just didn’t believe. One of the interlocutors bi-Bi-si said that the mother of Serezha “as all mothers exaggerated the problem.” “He doesn’t look too sick,” said bi-Bi-si one of the activists.

And this summer on the website of the local city portal and all the material came, where it was argued that Serge allegedly “busted for Smoking dope” a few years ago, and that he was aggressive and uncontrollable. About his mother wrote that she allegedly “began to oversee” the fight against the landfill in hopes to obtain a grant to establish a waste management facility.

“The documents [with the diagnosis] representatives landfills photographed, and the next day me and my son was hit by a wave of dirty articles where I am the librarian will seize power in the city, and my son is a drug dealer with an experience”, — said Natalia Bi-bi-si.