In Madrid acquitted the Femen activists, chained themselves to the cross

MOSCOW, 26 Nov — RIA Novosti. A court in Madrid has acquitted two activists of the movement Femen, who were accused of crimes of hatred and insult the feelings of believers, the Agency Europa Press. 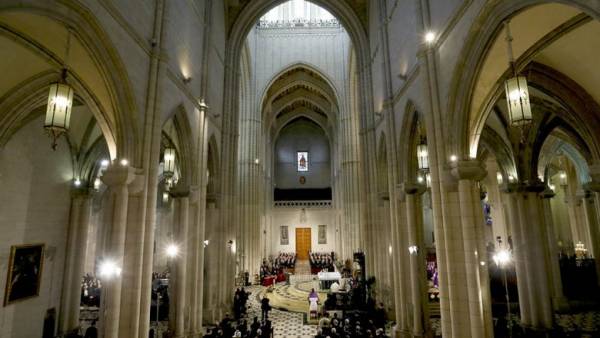 Two half-naked girls chained themselves to the cross in the Almudena Cathedral in June 2014. On their bodies was written, “an Altar for abortion”, and they shouted: “Abortion is illegal, grab the altar.” The lawsuit against participants of the protest filed by the Spanish Association of Christian lawyers.

The judgment States that the accused did not commit the crime of hate, because their actions were not called for third parties to discriminate against, insult or humiliate Catholics. According to the court, we are talking only about “defending the idea of the right to abortion.”

The judge also took the accusations of insulting the feelings of believers, indicating that Ana and Carlota did not allow physical contact with a crucifix, or the altar of the Cathedral. Defendants also argued that chained themselves not to the cross, and to the iron parts, which he fastened.

The bar Association demanded to sentence the girls to two years in prison, the Prosecutor’s office for nine months. Sentences up to two years of imprisonment are served in Spain on probation.