Writer Viktor Erofeyev are not allowed in Georgia

TBILISI, Nov 24 — RIA Novosti. The Russian writer Viktor Erofeyev are not allowed on the territory of Georgia and returned back to Russia, told RIA Novosti press-service of the Georgian Ministry of internal Affairs. 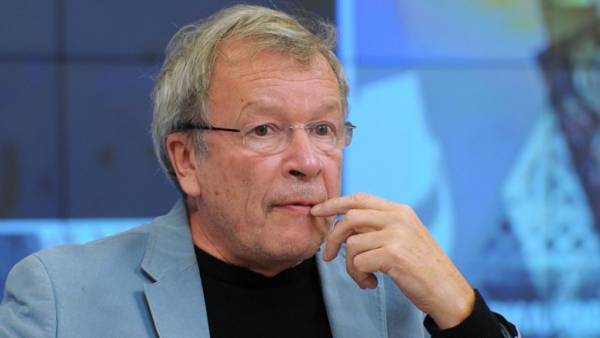 Informed that the writer was not allowed into the country, reported by the Georgian edition “the Owl”.

According to the Georgian interior Ministry, the incident occurred the day before. In response to a question RIA Novosti, whether the writer Yerofeyev was not allowed in the country, the Georgian interior Ministry said that “this person was permitted to pass into Georgian territory on the basis of article on legal status of foreign citizens and individuals without citizenship”.

Comment on the part of the writer, RIA Novosti has not yet.

A few days ago in Georgia were not allowed the three Russian filmmakers, including the art Director “jumble” Boris Grachevsky. They planned to participate in the Russian film festival “Rendezvous with Russia — the cinematographic novel”. Later, the head of the Georgian interior Ministry Giorgi Gakharia told reporters that members of the Russian delegation were not admitted in Georgia including from-for violations of the law “on the occupation”.