To keep such a project secret is not possible, scientists say. 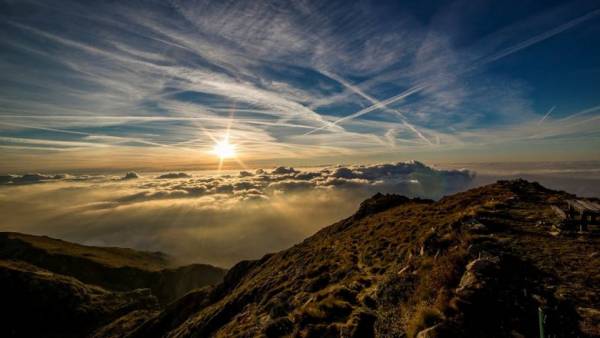 A hypothetical program cool the Earth by spraying aerosols in the stratosphere in the first 15 years will cost humanity in 2-2,5 billion dollars a year, and the total cost of the work during this period is comparable to the cost of seven Olympics in Sochi. At the same time realize it secretly, not likely to succeed, say the authors of a study published in the journal Environmental Research Letters.

One of the most popular ideas in the field of geoengineering (directional influence on the Earth’s climate to combat anthropogenic warming) is the mass spraying in the stratosphere of aerosols containing sulphur compounds. It is assumed that such a “stratospheric veil” will reduce the amount of sunlight reaching the Earth’s surface, and slow the growth of the average temperature.

Gernot Wagner (Gernot Wagner) from Harvard University and Wake Smith (Wake Smith) from Yale decided to evaluate the technical and economic feasibility of a hypothetical geoengineering project to spray sulfate aerosols at an altitude of 20 kilometers, which started at the beginning of 2030-ies. According to plan of authors of the study, the first year spraying 1.5 million tons of aerosols are eight aircraft, and about four thousand sorties per year and after 15 years they will be around 100, with 60 thousands of departures per year.

In our work, we make no conclusions about how desirable such a project, but show that from a purely technical point of view, the program is planned in 15 years, with all the uncertainties would be realizable. In addition, it would be remarkably inexpensive, average year of work in the first 15 years would cost 2-2. 5 billion.Gernot Wagner

Minimum total cost the first 15 years of the program will amount to thus $ 30 billion, plus the initial investment of $ 3.5 billion that the cost is comparable, for example, seven such events as the Olympic games in Sochi (the chamber in 2015, has estimated the total cost of the Games in 325 billion rubles, or about $ 5 billion).

Why urbanization, and global warming is what you need rats

Co-author with Smith, before Yale who worked in the companies-developers of aircraft and cargo airlines, said, however, that no modification of an existing aircraft will not allow you to get the aircraft fit for this project. In this the authors differ from previous studies, including the materials of the intergovernmental panel on climate change (IPCC): they claim that they came to this conclusion after talking with Airbus, Boeing, Bombardier, Gulfstream, Lockheed Martin, Northrup Grumman, GE Engines, Rolls Royce Engines, Atlas Air, Near Space Corporation, Scaled Composites, The Spaceship Company, Virgin, Orbit and NASA. According to them, it will take the plane, which the authors called SAIL, is able to maintain a height of 20 kilometers and can carry the appropriate weight. The body design and modification of engines, according to their calculations, would take about 2.35 billion dollars, cost per aircraft subsequently will be about $ 100 million.

Potentially, this project can realize dozens of countries, the authors write. But in this scenario, no country or Corporation will not be able to exercise it secretly, according to the researchers: to hide this amount of flying at atypical altitudes just fail.

Earlier, another group of scientists at the climate models showed that the potential benefits of slowing warming can be covered by the decline of crop yields due to the darkening of the earth. In addition, spraying sulfate aerosols to cool the Earth could lead to unintended consequences in the form of warming of the oceans.