YALTA, November 23. /TASS/ Press Secretary of the President emphasized that the residence of the head of state is a sensitive site. 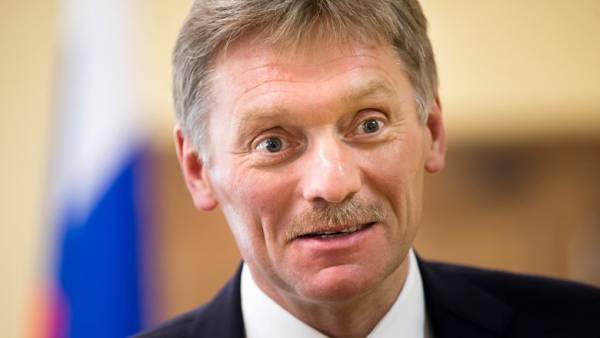 Press Secretary of the President of Russia Dmitry Peskov called the normal practice of the teachings of the Federal security service (FSO), the Kremlin, which on Thursday drew the attention of Muscovites fly two helicopters over the residence of the President.

You need FSO to ask. I can confirm that the teaching took place, there is nothing extraordinary. The Kremlin — the current residence of the head of state, although most of it is open to the public, but still it is regime object. Therefore, the holding of such exercises is quite normal practice.

However, he failed to specify what stages will consist of these exercises and advised to apply for this and other questions in the FSO.

Has started in Moscow pic.twitter.com/ceVUw0BFSR

Oh, those helicopters with a net over the office pic.twitter.com/V6xw9K0egZ

Thursday in the afternoon Muscovites and guests of the capital drew attention to the flights of two helicopters in the city centre. As explained TASS reported the public relations Center of Federal security service, the helicopter over the Kremlin, attracted the attention of the citizens, were flying as part of the annual exercise, which was conducted by the Department.

“Nothing unusual happened, held, as always in recent years, the planned autumn teachings. This is one of the stages of the annual training, we have always reported,” said the Agency.