Children work is not a hindrance

41% of our employees even brought the baby to work. 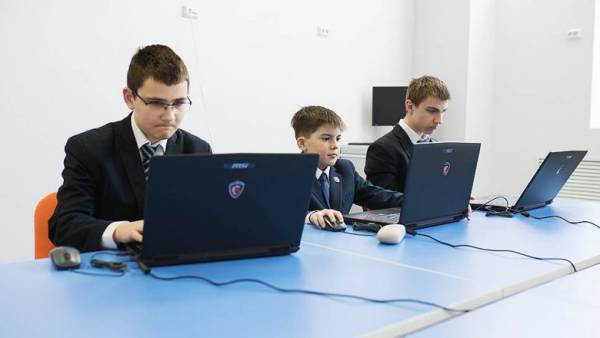 Less than half of Russians at least once brought their children to work, although the majority believes that they do not distract from the cases neither the parents themselves nor their colleagues. This files most often bring children of employees medical and legal spheres, at least only government agencies and banks.

Less than half of employees at least once children were brought to his job. Such a conclusion can be drawn from the survey of HeadHunter, which in late October was attended by over 10 thousand respondents.

According to the survey, at least once brought to the work their child 41% of the respondents. Above all, this percentage among the applicants from the Kirov region (64%) and areas of “top management”. Also tolerant to children of the company’s medical and legal spheres among workers there, the baby with a lead of 49% and 48%, respectively. Below is just a fraction leads to the employment of children — among the candidates of the Lipetsk region (25%) and in the areas of “working staff” and “Public service” in the banking (33%) and in investment (34%). In St. Petersburg of those 44%, in Moscow — 38%.

Most of those who once led the children to their work, recognized that do it rarely (77%). But on a regular basis with the offspring of only 4%. Often lead to children’s work regularly and the representatives of the spheres of marketing (8%) and sales (6%), and 8% of applicants from the Rostov region.

The majority of respondents (55%) claim to have brought children to work because they had no one to leave, but another 16% said the reason was their desire to acquaint the child with colleagues.

Only a third (35%) of applicants say that their colleagues reacted positively to the fact that they brought their children to work. Another 31% said that the attitude was “rather positive” and 27% that it was neutral.

However, 2.5% of the declared unequivocally negative attitude of colleagues. The percentage of such respondents in the arts (7%). On the contrary, most were happy children in the banks (52%) and companies in the tourism industry (50%). In territorial aspect the percentage of negative sentiment towards the children at work were in the Chelyabinsk region (5%) and the Republic of Tatarstan (4%), positive in Rostov (42%) and Novosibirsk regions (40%).

In General, among the candidates, who have children, the proportion of those who have a negative attitude to the fact that their colleagues bring to the work their children are much lower (16%) than among those with no children (26%).