Tatiana Vasilieva told about the feud gundarevoj and Doronina

Known actress Tatyana Vasilyeva spoke about how he became a witness to a serious conflict of Natalia gundarevoj and Tatiana Doronina, which Doronina had to leave the Mayakovsky Theater in 1983. According to Vasilyeva, it came to blows. 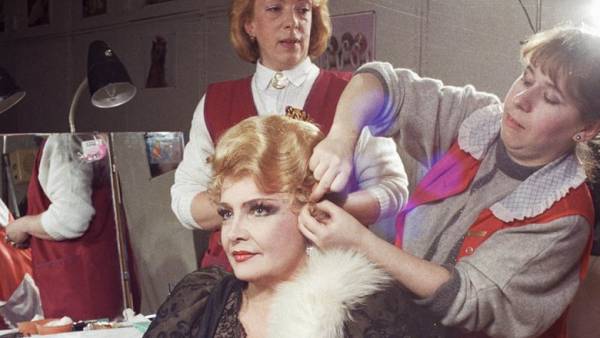 People’s artist of Russia Tatyana Vasilyeva told the TV channel “Russia 1” about the conflict of Natalia gundarevoj and Tatyana doroninoj in the Mayakovsky theater in the early 80-ies. Vasiliev joined the troupe in 1983, leaving the theatre of Satire, and was a witness of how Doronina left the band and returned to the Moscow art theatre named after Chekhov.

Many colleagues gundarevoj repeatedly talked about a strong character actress, and not everyone was easy to work with her. As it turned out, even such a strong person as Tatiana Doronina, was forced to leave the theater Mayakovsky. The conflict of two great Actresses unfolded in front of only came to the theatre Vasilyeva.

“Natasha, it was impossible to work in the theatre because it was the theater for her — said the actress. — She quickly took out Doronin. When they started to rehearse, Natasha gave in the face Tatyana Vasilyevna, there was a melee. From that moment on she became sole Queen. It was a very strong women, one of them had to go.”

According to Vasilyeva, precisely because of its strong and sometimes domineering nature, gundarevoj had not been a happy personal life.

One of the program Sergei Nasibov, with whom the actress in the past had an affair, told about the reasons of failures of the actress on a personal front.

“Talent made her lonely, despite the fact that she wanted to be like everyone else. We understand that this is a hopeless relationship that doesn’t lead to anything. — remember Nasibov. She said: “Yes, I want children with you. But when I asked, “are You ready to quit the theatre and stay home?”, she replied ‘No’.”

Gundareva was left in the Mayakovsky theater and worked there until the end of his life. In the early 70-ies the actress started acting in movies and quickly came to fame. In 1976, on the Soviet screens released the hit “Sweet woman” who made Gundareva famous and popular. She played in several very popular films, including “Autumn marathon”, “About the poor hussar say a word”, “Dulcinea del Toboso”, “offered for singles”, “Winter evening in Gagra” and many others.

Gundareva three times voted the best actress of the year in the polls of the magazine “Soviet screen”. In 1986 she was awarded the title of people’s artist of the RSFSR. In 1996, the actress was awarded the prize “crystal Turandot”, and in 1998 was awarded the order “For merits before Fatherland” IV degree for his achievements in the development of theatrical art.

In 1999 Gundareva has drastically changed its appearance by making plastic surgery. At first glance, everything went well, but many of her colleagues noted that as a result of surgical intervention facial muscles stopped working as before, and the face became less agile.

Serious health problems the actress began in the early 2000s. two years after the surgery in July 2001 Gundareva, being at the cottage in the suburbs, suddenly felt bad. Arriving to the actress, the doctors diagnosed her with cerebrovascular disease. In Sri behalf of the Sklifosovsky doctors diagnosed an ischemic stroke. A year Gundareva was discharged from the medical institution and was gradually on the mend — she got her speech and limited movement. Unfortunately, a complete rehabilitation was not achieved, and since then Gundareva no longer came on stage and stopped acting in movies. 15 may 2005 Natalia Gundareva has died after a recurrent stroke.