Called the reason why the widespread longevity of Russians

To reach the average life expectancy of 78 years will not all the Russian regions. On Monday, November 19, Minister of health of Russia Veronika Skvortsova, reports RIA Novosti. 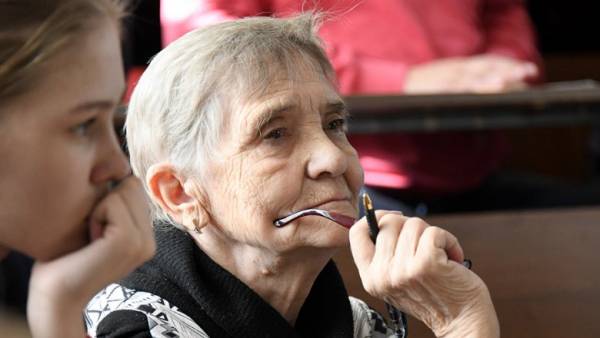 “To get the entire country on life expectancy of 78 years, we can’t all actors to put the bar. I would like to note that there are regions where the duration of life until 60 years of age or even a little below. Even if we go a large step adding within six years by year, we still don’t get lifetime nationwide”, — said Skvortsova during a working meeting with Federation Council members.

In the whole country this limit is reached, as the number of regions, including Moscow and Ingushetia, will be able to exceed the planned indicators, assured the head of the Ministry of health.

As of 2017 in Russia, life expectancy was 72.7 years. This 4.7 years less than the figure in the new countries of the European Union for 2015 (Latvia, Lithuania, Poland). In addition, the infant mortality rate in Russia is two times higher than in Europe.