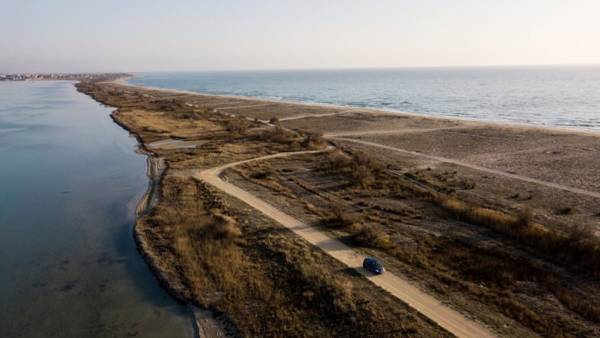 Off the coast of Crimea spotted by British reconnaissance aircraft MOSCOW, 14 Jul — RIA Novosti. Aircraft of the Royal air force of great Britain conducted reconnaissance near the coast of the Crimea. It is reported by the resource monitoring Mil Radar. The Raythen Sentinel aircraft flew with the British military base of Akrotiri on the island of Cyprus around 09:05 GMT. Royal Air Force Sentinel R1 ZJ961 RRR9987 departed Akrotiri at approx 0605z – Black Sea mission pic.twitter.com/GNUCwkPG36 — Mil Radar (@MIL_Radar) July 13, 2018 On the published map shows that the route of the aircraft ran over the Black sea near the Russian Peninsula. The plane flew over the Crimea at least twice. Recently, the activity of foreign reconnaissance aircraft near Russian borders has increased. So, in June, the us drone had spent hours flying along the coast of the Crimea. The defense Ministry drew attention to the