What do British monarchs

Members of the British Royal family are people like everyone else. They need to eat, to dress, to monitor the health, to pay for utilities and bills for the education of children. And yet — to party and do charity work, which takes a lot of money. 25 years ago the Royal family discovered another source of income — at Buckingham Palace for the first time began to conduct tours. “Газета.Ru” — about how the Royal family earns. 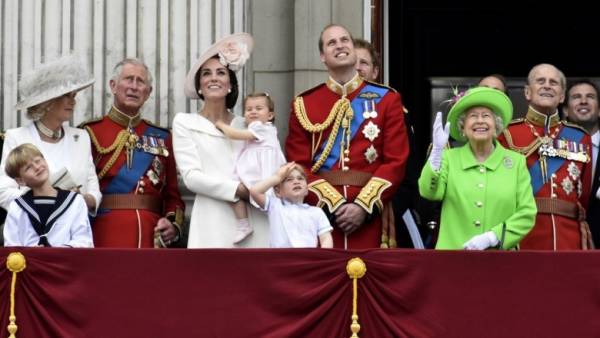 April 29, 1993, exactly 25 years ago, Queen Elizabeth II announced that Buckingham Palace will be first opened to tourists, and the collection from ticket sales will go to the repairs of the victim of the fire at Windsor castle (now restored and perfectly functioning). Income generated by tourists and curious subjects of the Kingdom, is only part of the budget of the Royal family. What live British monarchs?

According to The Telegraph, for the year of the reign of the Royal family on the average spends about $368 million

Means the monarchs are obtained from several sources, both public and private.

Initially the property owned by the Crown was at the disposal of the reigning monarch who financed the public administration system. But in 1760, king George III gave the Treasury control over the revenues from these possessions, thus freeing themselves from the obligation to personally contain the bureaucracy. In return, the monarch began to receive an annual grant called “civilized list”. Traditionally, each subsequent monarch has prolonged this arrangement, but on April 1, 2012 “civil list” was cancelled.

Today, Her Majesty receives a steady cash flow, which is 15% of the annual income of the property of the Crown. For example, in 2015 the Sovereign grant the Queen amounted to $48.9 million

According to the official Royal family accounts, “sovereign grant” to be spent on family trips, maintenance of residences, utilities and salaries of the Royal staff.

But grant does not cover the cost of security and Royal ceremony — the money for these expenses come from other sources.

Private income the Queen is called “the privy purse”. This money comes from the Duchy of Lancaster — land and other assets that belong to the Royal family for hundreds of years. The Duchy includes almost 18,5 hectares of land and consists of residential, commercial and agricultural property. From 2015 to 2016 of the Duchy, the Queen has received about $21.7 million, According to the web site of the Royal family, this amount helps with expenses that are not covered by the sovereign grant, namely “expenditure incurred by other members of the Royal family.”

Elizabeth II also has a personal fortune that is estimated at about $414,7 million She owns the castles of Balmoral and Sandringham, who inherited from his father, and a collection of works of art.

With all this, the Queen is not only the richest man in Britain, but not even included in the list of the 300 most wealthy Britons.

The Duchy of Cornwall is another source of income that covers the expenses of Prince Charles of Wales and his heirs. This means that Harry, William and Kate and George, Charlotte, and now Louis is living in Kensington Palace, is also funded by the Duchy of Cornwall.

What the Royal family spends their money? First, on personnel. For the Royal house following a huge number of workers. Cleaning, Laundry, kitchen and other household works lie on the shoulders of highly skilled professionals who are trusted by the Royal family. The cost of the contents of the residences, which so carefully followed the servant. In the past year, Queen Elizabeth has spent nearly $24 million on this expenditure and about $4 million for utilities, according to the Sovereign grant, published on the official website of the British Royal family.

We should also mention the holiday decor, which also leave considerable sums, because for every holiday Buckingham Palace or Windsor castle transformed, and all residents of the UK try to follow the example of the Royal family.