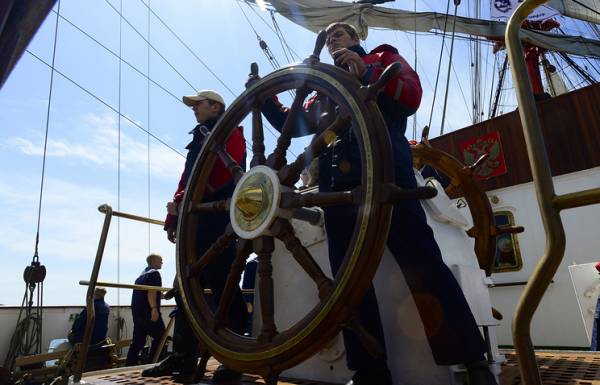 KALININGRAD, April 29. /TASS/. The world’s largest four-masted sailing ship “Sedov” was published on Sunday in the first training flight navigation of 2018 from the port Light near Kaliningrad. This was reported by TASS Irina Obraztsova – the head of the press service of the Baltic state fishing fleet Academy (BGA), which may 2017 has operated the ship.