The US marine corps has recognized its vulnerability to Russia

Power forward deployment of the U.S. Marines, which were considered during the previous decades, were safe now find themselves in a vulnerable position. 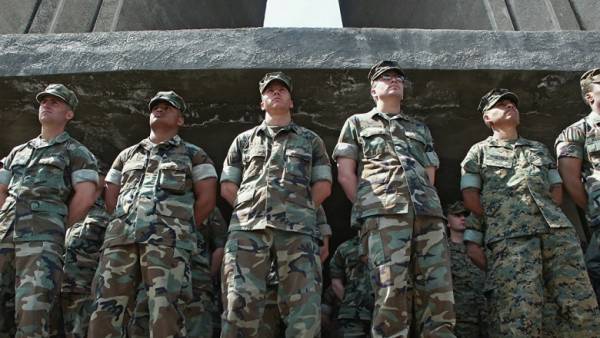 MOSCOW, 26 APR — RIA Novosti. This was stated at the hearings in the Senate, the commander of the marine corps General Robert Neller.

“The development of precision weapons long range our main rivals — China, Russia, North Korea, Iran and extremist organizations — have made vulnerable a power forward deployment of the US”, — said in his speech.

The General noted that most of the foreign bases, the Marines are not sufficiently protected against shocks that undermine their ability to prepare and conduct combat operations.
“We need more strengthening of these bases, including hangars and command posts. We need to expand opportunities for the rapid repair of aircraft and to improve air defense,” — said the General.

The US can no longer stick to military concepts, based on the indisputable control of the sea, concluded Neller.

Earlier, the head of Strategic command of the Pentagon, General John Khayten said that the us military watched as Russia and China have missiles for various purposes.

“You have to believe the statements of (Russian President) Vladimir Putin of what he works,” said the General.

The first of March Vladimir Putin sent a message to the Federal Assembly introduced the newest types of Russian weapons, which have no analogues in the world. We are talking about the missile complex “Sarmat” underwater drones “Poseidon” cruise missile with a nuclear power plant “Burevestnik”, the aviation missile complex “Dagger”, laser weapons. He also spoke about the creation of hypersonic weapons system “vanguard”, is able to fly in the dense layers of the atmosphere on Intercontinental range at a speed exceeding Mach number more than twenty times.