MOSCOW, 25 APR — RIA Novosti. Of the 105 stated in the US, UK and France missiles that achieve their goals in Syria, recorded 22 hits, said head of the Main operations Directorate of the General staff of armed forces Colonel-General Sergey rudskoy. 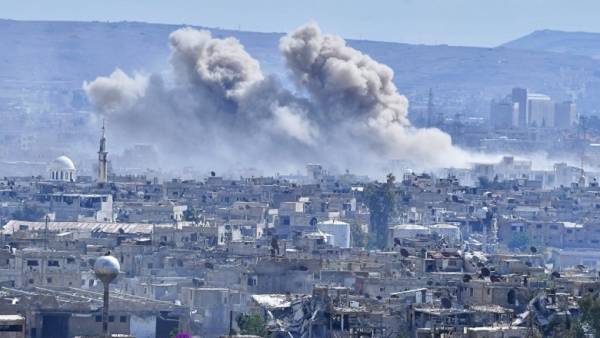 According to Rudskoy, USA, UK and France argued that none of the missiles fell into the designated target. At the same research center in Barzov allegedly struck 76 cruise missiles, and storage, “Chem Shiner” — 29 cruise missiles, in all there were 105 missiles.

“The General staff of the Armed Forces of the Russian Federation conducted a detailed analysis of the results of strikes. Collected fragments of rockets, the study of craters from explosions and the destruction of objects leads to the conclusion that the stated of the 105 hits in target areas recorded no more than 22 of them,” added Armenian President.

The US, Britain and France on the night of April 14 have launched missile attacks on Syrian government facilities that, in their opinion, are used to produce chemical weapons. Syrian authorities have repeatedly stated that the entire chemical Arsenal was removed from the country under the control of the OPCW.