Russian President Vladimir Putin condemned the use of military force a number of countries to bypass the UN Security Council. According to him, this practice creates political and social instability plays into the hands not only of transnational crime, and terrorism, contributing to the escalation of conflicts. 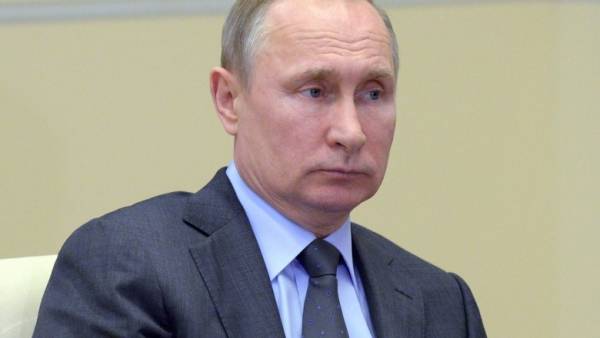 This is stated in the welcome message of the President to the participants of the international meeting of high representatives supervising security issues.

According to the Russian leader, the present meeting under the auspices of the security Council of Russia provides a good opportunity to discuss ways of counteracting different threats and challenges of global scale, to exchange experience and extend professional contacts, reports TASS.

“Russia is ready to closely cooperate with foreign partners in this area — both in multilateral formats and bilateral basis,” — said in the message, which was read by the Secretary of the Russian security Council Nikolai Patrushev.

Representatives from 118 countries arrived in Sochi to participate in the ninth international meeting of high representatives supervising security issues. The forum will be held from 25 to 26 April. According to Patrushev, the current international representation became record for all history of these meetings.

Earlier, the President of Serbia Alexander Vucic and head of the foreign intelligence Service (SVR) Russia Sergey Naryshkin during the meeting in Belgrade stated the need for strict observance of the UN international law in resolving regional conflicts.