NYT: a court in the United States were allowed to auction off personal letters and photos of Madonna

NEW YORK, April 25. /TASS/. Court in Manhattan lifted a temporary ban on the sale by auction house Gotta Have It personal letters, photographs and other items of American singer Madonna. 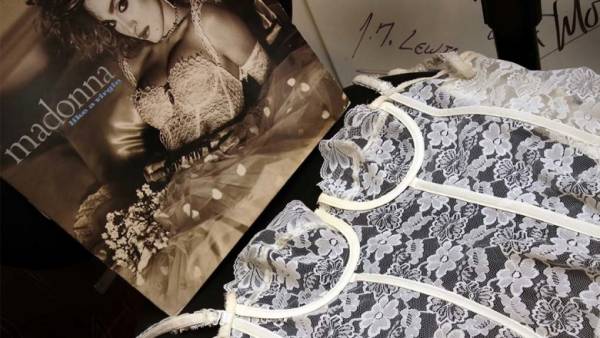 This was reported Tuesday in its electronic version of the newspaper The New York Times.

In July last year, judge Gerald Lebowitz satisfied adversarial complaint and Madonna has imposed a temporary ban on holding these trades. Now the judge rejected the claim of the singer on the basis of the expiration of the time limit in order to settle the question of property rights on lot 22.

Thus, the court recognized that these things rightfully belonged to ex-girlfriend and the adviser of the pop diva Darlene Lutz. She was a defendant in the lawsuit and justified his position on the existence of an agreement from 2004 with Madonna, which has pledged not to appeal against any decision of Luts on how to dispose of the above mentioned things.

“We conducted a thorough check when taking things Madonna to auction”, — said in a statement to the NYT, the owners of Gotta Have It Edward Kosinski and Pete Siegel. “We were convinced that Madonna was not the reason for the complaint, now the court has confirmed our position,” they added.

Among the lots, which were discussed in the lawsuit, addressed to the Madonna of the letter to rapper Tupac Shakur, in which he spoke about the reasons for their decision to break up with her. The letter was dated January 1995, its starting price was 100 thousand dollars. The letter was written in a state correctional facility, where Shakur was serving a sentence for sexual assault. In 2015, Madonna has caused a furore, admitting that he had met with the rapper some time before his murder in 1996.