Moscow. April 24. INTERFAX.RU. Polygon Pungere in which North Korea conducted a series of nuclear weapons tests, is fully operational, said on Tuesday the Agency EFE with reference to the data of experts. 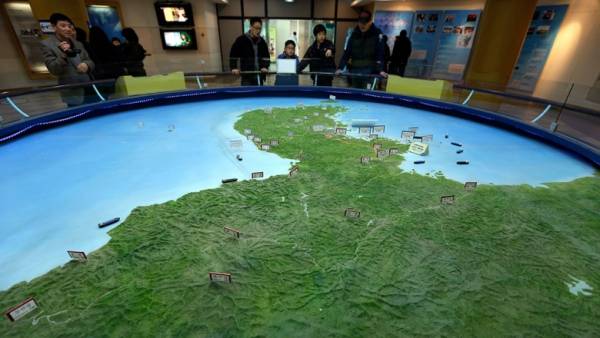 Despite the fact that the location of five of the six known nuclear test of the DPRK, the so — called Northern portal, looks abandoned, was recorded active work on the laying of the tunnel in the vicinity of the Western portal, the Agency reports citing the website 38 North, which specializes on North Korea. While work has slowed considerably in mid-March that follows from the data of satellite imagery, experts say.

Experts believe that the slowdown may be due to the completion of construction of the tunnel, or the “current political developments”.

According to the site, at the site, in addition, there is another tunnel suitable for testing, which can be reached via the southern portal.

Analysts believe the wrong assumptions of some experts that North Korea decided to announce the suspension of the operation of the landfill only due to the fact that it seems in any case can no longer be used after the last nuclear test in September 2017.

DPRK leader Kim Jong-UN earlier announced the suspension of 21 April testing nuclear weapons and Intercontinental ballistic missiles. North Korean leader stressed that such a policy would be “based on the most scientific and revolutionary line of the party a new strategic course.”