According to documents at the disposal of journalists of Bloomberg, Donald trump still slept in Moscow in 2013, when he came to the capital of Russia for holding the competition “Miss universe”. 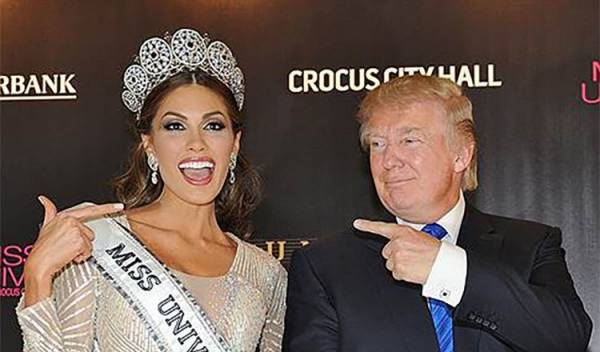 And it’s not very good news for the American President, whom the media accused of inappropriate behavior during the trip. Allegedly, during his short visit to Moscow, Mr. trump has used the services of prostitutes.

The American President has twice denied this information in conversations with former now head of the FBI James Comey, who was investigating ties Donald trump with the Kremlin.

In a Bloomberg proved record of service FlightAware, according to which the journey of Donald trump in Moscow has begun in North Carolina on Thursday, November 7, 2013. He arrived there on the birthday of Evangelist bill Graham. Records show flights that private jet, trump returned to new York that same night.

However, most of Mr. trump, apparently, was not on Board. In Moscow he went on a private plane Bombardier Global 5000, which belongs to his business partner Phil Ruffin.

According to our records, FlightAware, the plane took off from the Asheville (NC) to Vnukovo airport on 7 November in the evening and landed in Moscow the morning of Friday, 8 November. An hour away from the airport, the Ritz-Carlton, which future American President and occupied. This was reported by Araz Agalarov, who conducted the contest “Miss universe”.

The evening of the same day Donald trump was tagged in photos of Nobu restaurant, placed in Facebook. There Mr. trump was invited to a party in honor of the birthday of the Araz Agalarov.