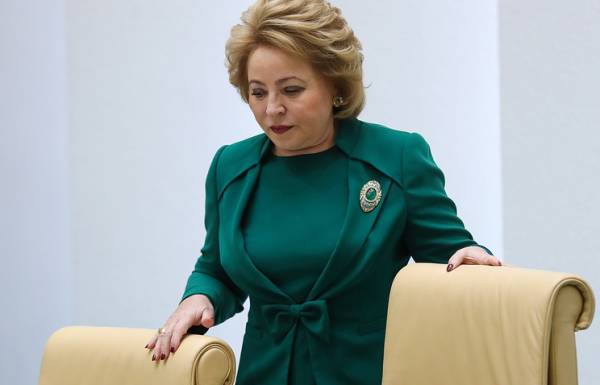 SARAJEVO, April 23. /TASS/. The Chairman of the Federation Council Valentina Matvienko considers the so-called case Skrobala, missile strikes on Syria and sanctions against the links of one chain.

Links in a chain

Speaking on Monday in the House of peoples of the parliamentary Assembly (Parliament) of Bosnia and Herzegovina (BiH), Matviyenko said that in the world today is “an objective process of restructuring of the world order,” but “the US and its Western allies are trying at all costs to preserve their lead, given to them the sole right to decide the fate of the world.”