Anti-Russian sanctions the United States has increased the outflow of funds from Latvia, a media report said

MOSCOW, 23 APR — RIA Novosti. U.S. sanctions against Russian businessmen spurred an outflow of funds of Latvia, the banking system which is already rocked by a series of scandals-money laundering, Bloomberg reported. 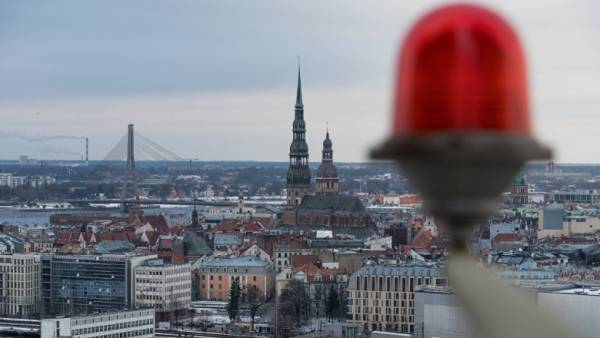 “The introduction of restrictive measures made Latvian banks to cease business with caught in the sanctions list of individuals and companies”, — reports the Agency with reference to head of the Commission of financial and capital market Peters Putnina.

While putniņš refused to name specific names, noting that we are talking about several persons mentioned in the list.

In early April, the U.S. imposed new sanctions against Russia. The list includes a number of major Russian businessmen and companies controlled by them, in particular, Oleg Deripaska and under control to it En+ Group, GAZ group, Basic element and RUSAL, Viktor Vekselberg and Renova group, and Suleiman Kerimov, Kirill Shamalov, the head of “Gazprom” Alexey Miller, the head of VTB Andrey Kostin. The sanctions also cover any assets, a-share listed companies is over 50%.