MOSCOW, 21 APR — RIA Novosti. The Ministry of foreign Affairs of the Russian Federation expressed regret in connection with the-issuance of the Bolshoi theatre American visas, noting that “until such is not reached even during the Cold war.” 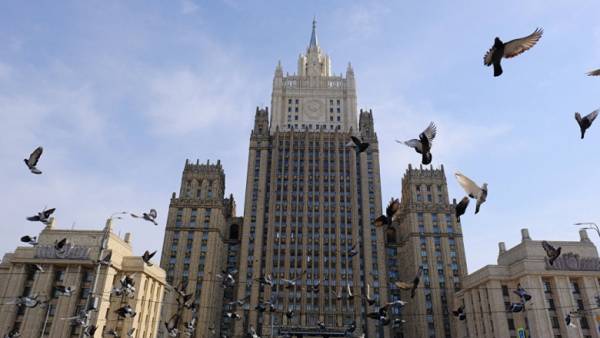 Earlier, the organizers of the gala concert of the contest “Modern stars meet stars of tomorrow”, which was held April 19 in the theater David H. Koch at new York’s Lincoln center, said that the artists of the Bolshoi theatre Olga Smirnova and Jacopo Tissi was not given a U.S. visa. According to the media, they were denied visas, but in a press-service of the Bolshoi theatre when it suggested that there was a technical glitch and working visa USA for Smirnova “just don’t have time to draw”.

“Until such is not reached even during the cold war. On the contrary, the arts, including ballet, always helped us better know and understand each other, to melt the ice of mistrust and reduce tension in international relations. Tour of national artistic groups, including, of course, the Bolshoi theatre, considered the world’s “business card” of our country, invariably found a warm response a broad American audience,” — said in the comments of the Department of information and press of the Russian foreign Ministry.

The foreign Ministry believe, “today the influential forces of the United States, concerned about how would be harder to put pressure on Russia, stop at nothing”.