Japan found in the Pacific ocean, the Chinese military ships

China for the first time the Pacific exercises involving the aircraft carrier “Liaoning”. This was reported in the Ministry of defense of Japan, reports TASS. 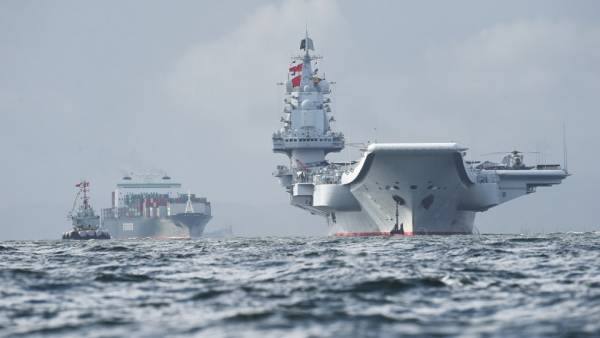 It is noted that Japanese ships and aircraft have recorded 350 kilometers from the island of Yonaguni seven Chinese warships, including the aircraft carrier “Liaoning”. Training flights were conducted with the participation of carrier-based aircraft from this ship.

Earlier, on 18 April, the Navy people’s liberation army (PLA) conducted military exercises with live firing exercises off the coast of Taiwan. The Ministry of defence of Taiwan teachings called an empty threat and “sabre rattling”.