NOVOSIBIRSK, April 20 — RIA Novosti. The speaker of the Council of people’s deputies of the Kemerovo region, the ex-Governor Aman Tuleyev has addressed to inhabitants of region with the request to postpone a rally in support of acting Governor Sergei Tsivilev the next day on Saturday, when the funeral will take place victims at a fire in TTS “the Winter cherry”. 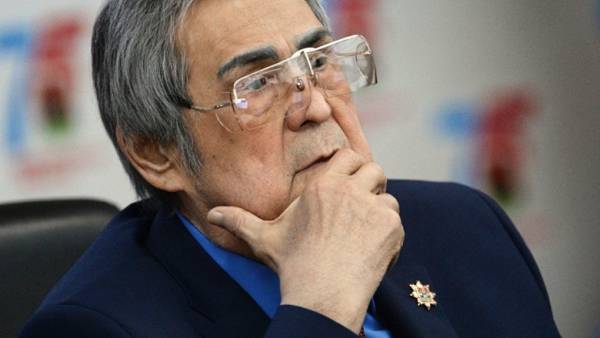 “I appeal to the protesters to keep in mind that on 21 April, the day when you want to go to the square, will take place funeral of victims of the March 25, 2018, which obtained the conclusion of the genetic examination. I think that it’s blasphemous, humanly impossible”, — the statement says Tuleyev, posted on the website of the regional Council.

Tuleyev believes that all his attention residents of the area should be directed to the help and support of relatives of the victims. “We must do everything to adequately carry out the dead on his last journey. So I ask you to postpone the rally to another day. Hopefully, reason will prevail,” he said.

A rally in support of civileva against Tuleyev earlier planned to be held on 21 April a number of local activists. The city administration refused in its holding, however, the applicant Mr Gorenkov appealed the decision in the Central district court of Kemerovo, who stood on his side. In response, the city administration appealed the decision to a higher court. At present the Kemerovo regional court considers the appeal.

On Friday, the UK reported that investigators obtained statements of all genetic examinations on criminal case about a fire in TTS “the Winter cherry” in Kemerovo, all the victims identified, issued permits for the dumping of 37 people. In the administration of the Kemerovo RIA Novosti reported that the funeral will be held from 21 to 23 April.

Only, according to the SC, a fire killed 60 people.