On the East without change

From Baikonur launched the all new criminal cases. 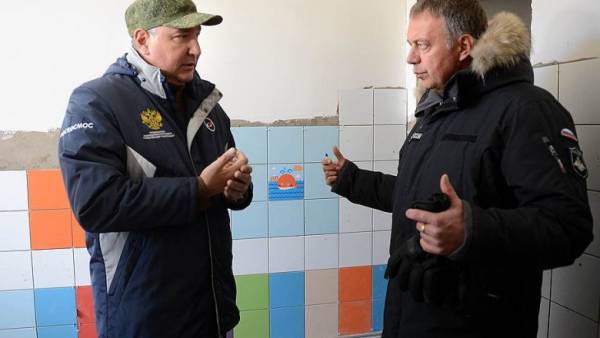 As it became known “Kommersant”, the Investigative Committee according to the materials of the FSB of Russia opened a criminal case about frauds at the cosmodrome East. As part of the investigation was taken into custody by the acting head of FSUE “Spetsstroytekhnologii” when Spetsstroy of Russia Alexander Nikitin. He accused the TFR in abuse of office and causing damage amounting to 775 million rubles.

Acting head of FSUE “Spetsstroytekhnologii” Spetsstroy of Russia Alexander Nikitin, accused the Central investigation Department of the TFR in the damage in especially large size and abuse of office that led to grave consequences (part 2, paragraph “a” and “b” of article 165 of the criminal code and part 3 of article 285 of the criminal code) in the construction of Vostochny cosmodrome.

The actions of Mr Nikitin, according to investigators, the budget was damaged in the amount of 775 million rubles.

Considering the petition of the investigation, the Basmanny district court came to the conclusion that the accused should be detained, since, remained on the loose, can affect the testimony of witnesses, to hide from the investigation and destroy evidence in the case. The defense did not agree with the conclusions of the investigation, saying that Alexander Nikitin, with a number of diseases, and 84-year-old father of a dependent, to run not going to. Escape, according to the defense, the more impossible, because during the arrest of Mr. Nikitin was removed civil and foreign passports.

The defense sought to be limited against the defendant recognizance, and in extreme cases to elect him house arrest, but the court decided that construction of the spaceport should be in jail.

The criminal case against Mr. Nikitin GSU SKR has filed 18 April this year. On the same day at six in the morning, the investigators and the FSB officers came to his Moscow apartment, where, after a search brought to mister Nikitin, the resolution on attraction as the accused. Nikitina then the detainee was taken for questioning to the investigator in the building of the TFR in the Technical lane, and from there his status was changed to suspect the accused. The consequence does not disclose the essence of the alleged Mr. Nikitin acts, according to some, we are talking about contracts worth more than RUB 1 billion, including for the supply of metal that was not completed.

In the investigation there is no evidence of corruption in this case — under the version of GSU SKR, Mr Nikitin, whose responsibilities have included including control over the spending of budget funds, they for some reason neglected.

The defense of Alexander Nikitin intends to appeal the arrest, believing that the financial relations between the Federal state unitary enterprise and partners were purely civil legal relations.

The acting head of FSUE “Spetsstroytekhnologii” Alexander Nikitin became in 2016, after in April of the same year, the GSM TFR filed against his predecessor in the post, Vladimir Samoilova criminal case involving commercial bribery (article 204 of the criminal code). According to the TFR, the businessman Renat Samigullin, who acted as intermediary, gave the head of FSUE roll to 5 million rubles for attracting third-party subcontractors to fulfill one of government contracts at the spaceport cost over 200 million rubles.

The verdict in this case, the court has not yet issued, and for abuse of office (part 3 of article 285 of the criminal code) in the construction of the fire station in the village of Spasskoe in the Ivanovo region (Vladimir, Regulations then worked in the MOE) the Dorogomilovsky district court of Moscow in September 2016 appointed him to 4,5 years of a General regime.