The new leader of Cuba was Miguel Diaz-Kanel’

HAVANA, 19 Jul — RIA Novosti. The national Assembly of people’s power of Cuba (Parliament) approved by Miguel Diaz-Canela the head of the state Council, he became the new leader of the country. 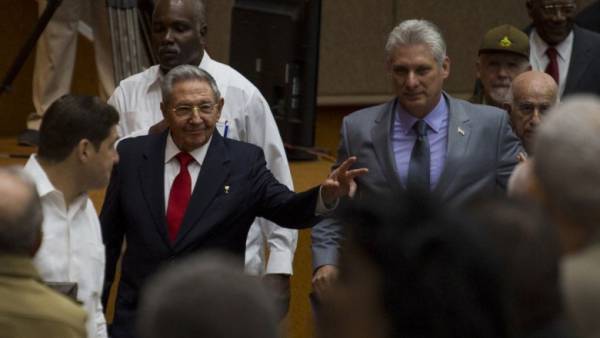 Previously, Diaz-Kanel ‘ has held the post of first Deputy Chairman of the state Council. The vote on his nomination was held the day before. Today the results announced officially.

According to Cuban law, the head of the State Council shall be elected during the session of Parliament. The national Commission on nominations met with each Deputy, which offer their candidates to the state Council. After that, the Commission proposes the final list, including the candidate for the Chairman of the state Council, conducts a secret ballot of deputies and announces the results.