Executive producer of the illusionist David Copperfield Chris Kenner — gave evidence in the case of the Briton Gavin Cox, who suffered on the show of a magician in 2013. On Wednesday, April 18, the Associated Press reports. 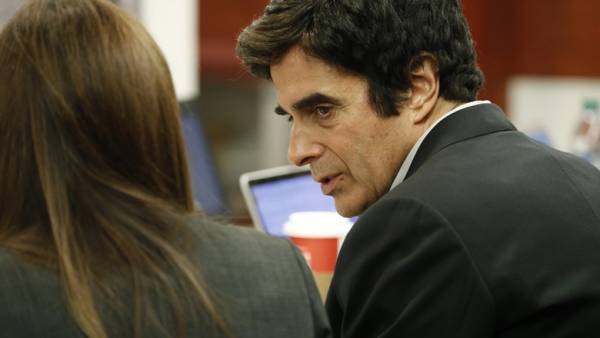 Chris Kenner had to reveal the secret business card Copperfield trick with the disappearance of people. According to him, the trick is that trained artists with flashlights chased randomly selected viewers through the closed curtains of the dark passages to the kitchen entertainment complex and bring to the street. Then they’re taking them back, so they had to reappear on stage to the end of the show.

According to Kenner, in this way there is no obstacles that could cause injury. Side Copperfield also added that the trick is not used in his performances.

Cox filed a lawsuit against the illusionist in 2016. He stated that he flew to Las Vegas to see a show at Copperfield hotel and entertainment complex MGM Grand. Him and 12 other people were chosen to hold the trick, in which people disappear from a suspended on the stage of the cell, and then suddenly appear in the hall.

According to Cox, when a cell has hidden the curtain, assistants, Copperfield drove him through the secret door in the pitch dark. The plaintiff slipped and fell. Cox was hospitalized and the doctors diagnosed a dislocated shoulder and a brain injury. Representatives Copperfield did not confirm the story of the British and uncover the secrets of the show, saying only that a trick has been successfully performed for more than 15 years in a row. Cox said in court that he had to spend on the treatment of more than 400 thousand dollars.

See also: “the wife of the magician-loser inadvertently revealed his trick”