Among Europeans and their descendants the chance to be a natural blonde in women twice than in men — the blond one. 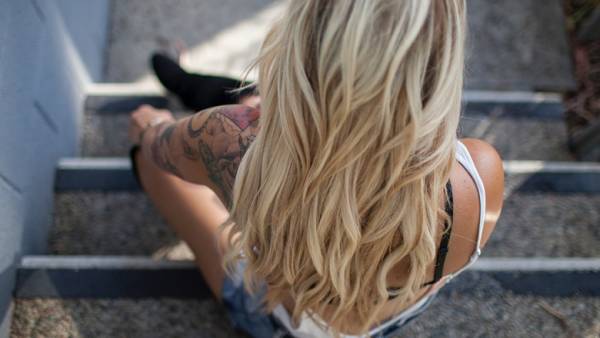 To this conclusion came the participants of the largest in the history of the study of genetic variations in the pigmentation of Europeans and their descendants, embodying the data of nearly 300 thousand people.

The study was discovered 124 gene affecting the color of human hair.

The authors of this study admit in their report that they could not find out why blond women significantly more than men.

The study is published in the journal Nature Genetics.

Previous similar studies have led to the discovery of just over a dozen genes responsible for hair color.

The data for this study was provided by the British store UK Biobank biomaterials, the American company 23andMe, involved in DNA research and the international Visible Trait Genetics consortium and its partners in the Netherlands, Australia and Italy.

Scientists chose the Europeans due to the fact that the color varies the most widely.

They found that likely to be dark-haired European men three times more than women.

According to one of the leaders of the study, Professor king’s College London, Tim Spector, scientists didn’t expect the blonde women far more than men.

It’s a mystery that intrigues us, because we’re not quite the result expected. At first we thought it was some kind of anomalous result, but it’s not changed, we found the same in any subgroup of the population that we studied.Tim Spector

“It’s an interesting conundrum, because the difference is very big: in two or three times, like the American population and the Europeans, and it is amazing,” says Tim Spector.

Scientists believe that this opens new area for research, which could help to determine why this is happening. But Professor Spector already have their own theories on this.

“We think this is due to the fact that for women, attractive men with a darker skin tone and Vice versa. But we do not think that the genes are different. Varies the expression of these genes. For some reason the genes of blond hair, which is at birth in humans, over time, remain in women and disappearing men,” said the scientist.