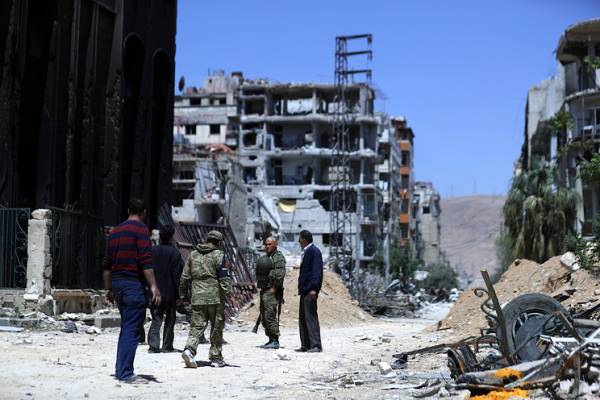 MOSCOW, April 17. /TASS/. The Russian military found in the city Duma laboratory militants, which produced chemical weapons and stored the components for its production. About it on air of TV channel “Russia 24” said specialist troops of radiation, chemical and biological protection (NBC) Russia Aleksandr Rodionov.

“During the inspection of the city Duma was discovered a chemical laboratory and a warehouse of chemicals”, – he said.