YEREVAN, 16 APR — RIA Novosti. Included in the ruling coalition Republican party of Armenia and Dashnaktsutyun has nominated former President Serzh Sargsyan to the post of Prime Minister, said to journalists the Vice-speaker of the Armenian Parliament, member of RPA Executive body Eduard Sharmazanov. 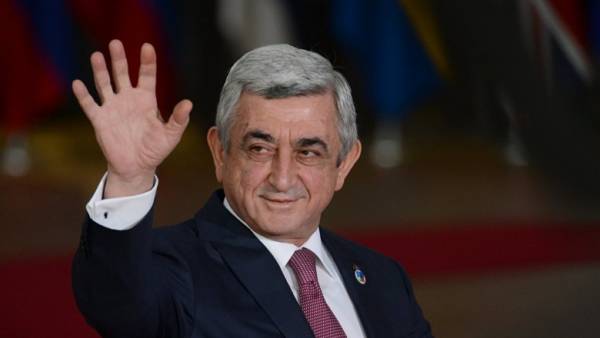 “Under the current procedure, the RPA and the ARF has nominated Sargsyan, tomorrow the head of the faction of the Republican party of Armenia Vahram Baghdasaryan shall nominate on behalf of the faction, we’ll discuss it in the manner prescribed by law and vote,” — said Sharmazanov.