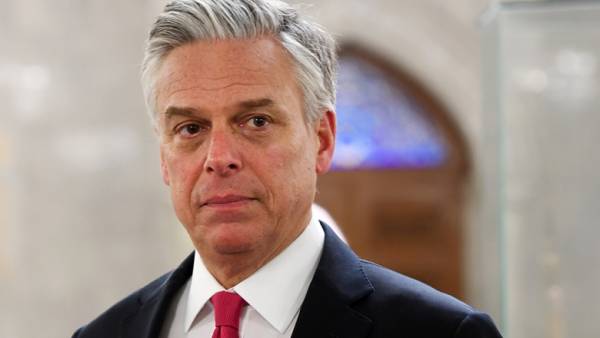 As it became known “Kommersant”, the us Ambassador John huntsman was sent to Russian foreign Ministry a letter in which it stated that the US authorities are preparing new sanctions against Russia. This time just “for support” of Syrian President Bashar al-Assad. The US President Donald trump has repeatedly called Assad “animal”, guilty of organizing chemical attacks against its own population.

In the first part of the letter sent to the Ministry of foreign Affairs of the Russian Federation, according to “Kommersant”, refers to the motivation of the military operation carried out against Syria by the Americans and their allies. According to the United States, the Syrian government guilty of using chemical weapons against its own population and the international community must take steps to stop Bashar al-Assad.

In the second part of his message John huntsman informs Moscow that Washington intends to impose new sanctions. This time — “for the support of the Syrian regime”.

That the US intends to impose additional sanctions against Russia in response to Moscow’s support for the regime of Bashar al-Assad on Saturday in his Twitter account said the expert of the Atlantic Council, a former adviser to the sanctions of the Bureau of the U.S. Treasury Brian O’toole. According to him, this wording is contained in materials for the press briefing at the White house.